John Carroll Rolls To Victory In 2A-13 Title Game 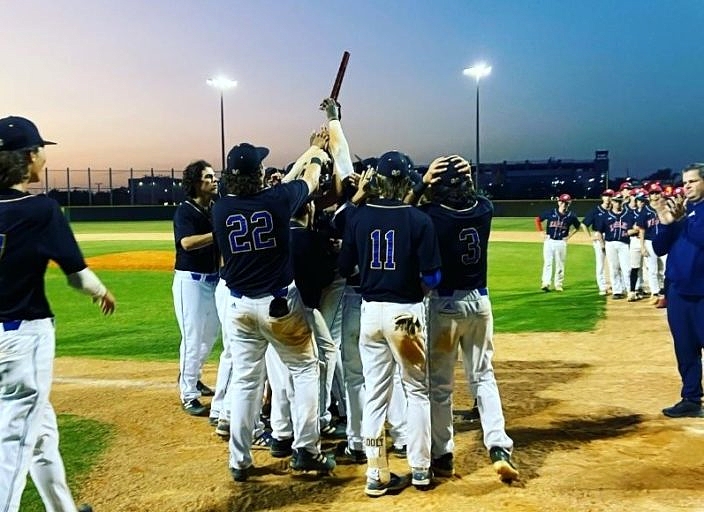 The John Carroll Rams broke open a tied ball game with a huge fourth inning, and then rode that momentum the rest of the way to claim their second straight district title. Six runs in the fourth broke a 1-1 tie, and the Rams never looked back in securing an 11-1 victory over the Jupiter Christian Eagles in Thursday’s District 2A-13 championship at Lawnwood Stadium.

John Carroll (18-9) will host the opening round of the Class 2A state playoffs next week, against an opponent yet to be determined. The official release of the state playoff brackets is expected early this weekend.

“The first goal every year is to win your district. It means an automatic home playoff game in the opening of the state playoffs,” John Carroll Manager Dave Parra said. “Our kids have matured so much in a short time. We went through the gauntlet with our early schedule. These players needed to learn how to win. We say it every year, we want the toughest challenges early on. It really prepares us for this time of year.”

After both sides exchanged runs early on, the first five batters of the fourth all reached base to break it open for the Rams. Matthew Correa drove in the winning run with an RBI single, and Armani Newton supplied a two-RBI double as part of a four-RBI night. Grant Gillooly also got into the action with a two-RBI triple, and Kevin Smith also drove in a pair as the Rams closed it out with a five-run fifth inning.

John Carroll extended its winning streak to twelve games, its last loss coming way back in late March. Now the Rams will look to extend that streak with their second straight regional title and a return to the state championship.

“Twelve wins in a row is an incredible run,” Parra said. “It will take a 17-game winning streak to hit the ultimate goal. The path forward is extremely tough. Class 2A is loaded. We are looking forward to hosting a state playoff game next Wednesday!”