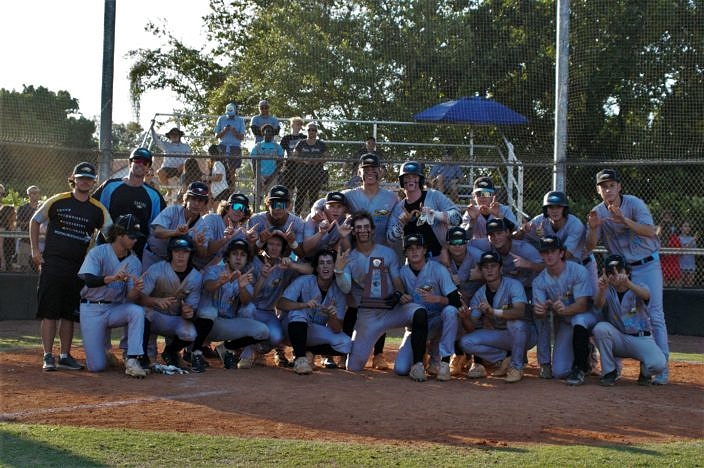 The Saint John Paul II Eagles celebrate with their 3A-12 district championship trophy.

The Saint John Paul II Eagles claimed their second-straight 3A-12 championship on Thursday afternoon with a decisive 12-2 win over the St. Andrew’s Scots.

It’s been almost a decade since the program celebrated back-to-back championships, but manager Peter Graffeo thinks his team is capable of ending a 26-year regional championship drought. Last season ended with a 2-1 loss in the regional final to the John Carroll Rams, and this year’s club has gone through the rigors of a tough regular-season schedule to make sure they are prepared for that moment. It’s time to enjoy the victory and hang another banner, but the job’s not yet finished.

“I want them to enjoy this moment,” Graffeo said. “It takes a lot of hard work to get it and they’ve done that. Our season’s been kind of a roller coaster but we kind of set up our schedule that way for these guys to get experience, and hopefully it pays off as we move on. But I want them to enjoy the moment and we’re back out here on Wednesday.”

The Eagles scored early and often on the Scots. They put up a trio of runs in each of the first two innings and nearly satisfied the run rule in the fourth with a five-spot. That final run came in the fifth inning on a bases-loaded walk, the fifth one of the evening.

Third baseman Alberto Medina led the team with three RBIs, left fielder Logan Cooke and shortstop Emmanuel Lantigua each rounded the bases a team-high three times and second baseman Rshiflet was every coach’s dream in the leadoff spot drawing three walks and eating a pitch to reach base a fourth time. 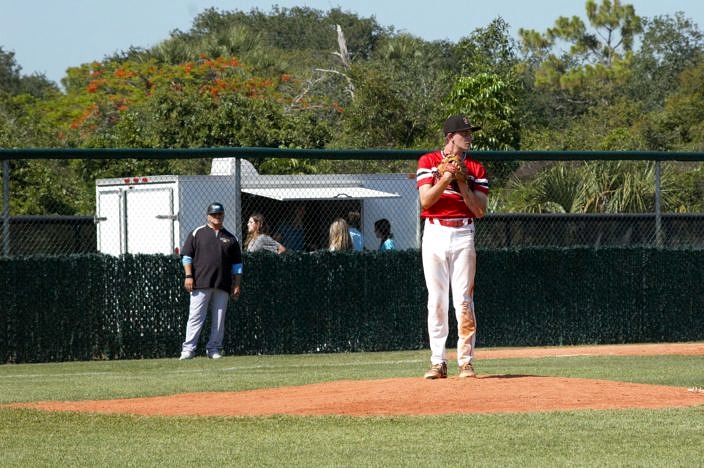 St. Andrew’s Harrison Calder preparing to deliver a pitch in the bottom of the second inning.

St. Andrew’s dealt with pitching woes all night. Starter Aiden Chaplin lasted just two batters and was removed after a five-pitch walk and hitting a batter. Scots Manager Keith Mitchell turned to Harrison Calder, who ended up pitching most of the afternoon. He’d surrender seven runs over 3 1/3 innings, but two were unearned thanks to errors. Aaron Orozco Torres and Michael Tight both pitched in relief throughout the final innings. Depth has been an issue for the Scots all year due to some key injuries.

“We’ve lost two seniors to labrum tears and our freshman pitcher has an injury that’s kept him out for a few weeks,” Mitchell said. “Our catcher just got back last game, so we’ve been down four guys for a long time. He’s coming back but it takes time to get the timing back. We just need that senior leadership and right now we’re playing a ton of freshmen who might be overwhelmed by the moment.”

Saint John Paul had fewer troubles on the mound. Junior Sam Wooley threw the first 2 1/3 innings for the Eagles, striking out four and surrendering two unearned runs along the way. His command began to slip in the third, though, and Graffeo turned to senior Kevin Freshcorn to get it done against a team he was familiar with. He’d cruise through the final 2 2/3 innings of the game and give up just four hits while striking out two. Freshcorn also went 2-for-3 at the plate with a pair of RBIs. 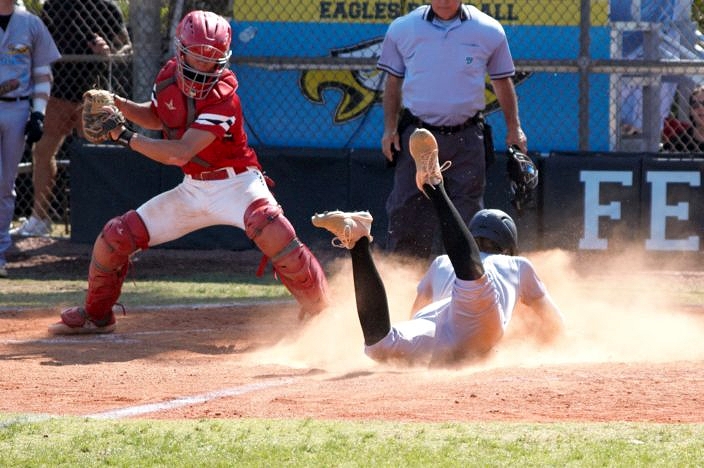 Dom Rivara slides into home to score on an Alberto Medina single in the first.

The Eagles will have to wait until Saturday to find out who they play next, but they know it will be played on Wednesday, May 11 against another 3A team in South Florida. A rematch with King’s Academy could be in store, but there are plenty of sharks in the water to watch out for at this point in the season. Broward and Miami-Dade’s 3A district champions include North Broward Prep (18-9), Monsignor Pace (21-5) and Westminster Christian (18-7) with runner-ups in play as well for the regional tournament.

Once the announcement is made, Graffeo will get his team prepared accordingly to make a state championship run. The focus in practice over the next five days will be to get enough pitchers prepared for a deep run in the tournament and to get the offense locked in on situational hitting.

“Absolutely, (reaching the state championship) is the goal every year,” he said. “That’s our focus, but we try to lock in on our next game, our next opponent and prepare for that. If we’re prepared, we’ll be able to compete.” 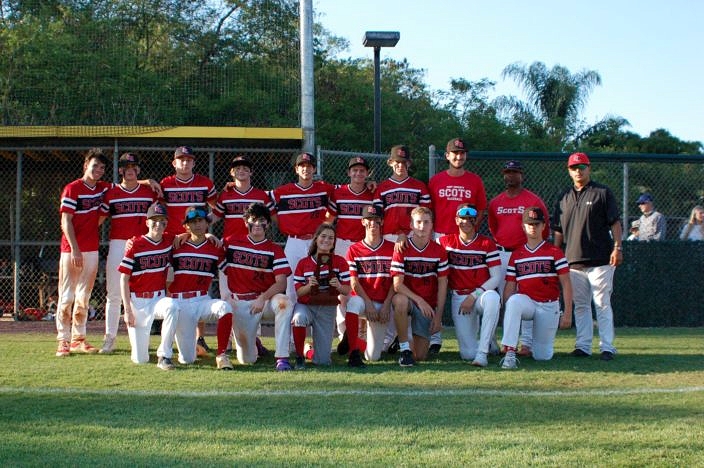 The St. Andrew’s Scots are the 3A-12 district runner-ups.

For St. Andrew’s, this could be the end of a turnaround season for a team on the better half of a rebuild. Mitchell took over in 2018 and went 1-17 in his first season. He’s steadily built things back up and the club finishes with the first winning record in over a decade. With only four seniors departing the program, Mitchell should be able to build on this year’s success in 2023.

“I think we’ve got great arms and that the future is bright at St. Andrew’s.’ he said. We’re going to get better, we just need to learn from the moments that didn’t go right this year.”