Dwyer Repeats As 6A-13 Champions Against Olympic Heights 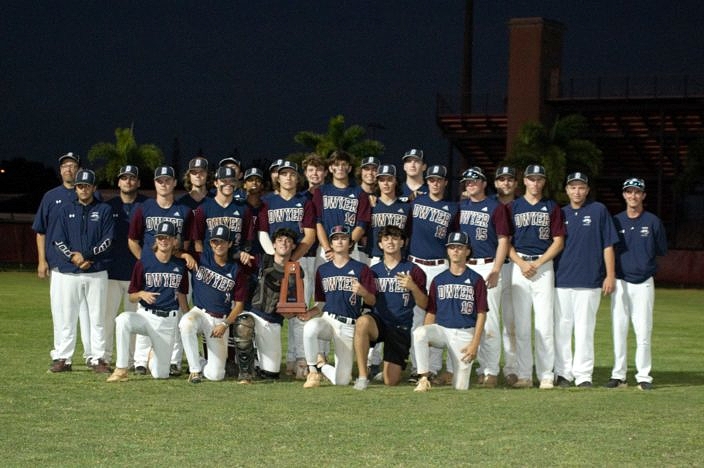 The Dwyer Panthers won the 2022 6A-13 district championship 5-0 against Olympic Heights Wednesday.

The Dwyer Panthers are on a mission and winning the 6A-13 district championship on Wednesday over Olympic Heights, 5-0, was just the first step in what manager Alex Morales hopes is another deep run into the state playoff.

Bryce Jackson was electric on the mound throwing a complete-game shutout and striking out five along the way. He also walked three and hit a batter but no harm was done from the runners on base. In fairness, the Lions barreled several balls throughout the evening. The Panthers seemed to be well-positioned to make a play nearly every single time, though.

“My fastball, I was just dotting it the whole game and throwing it for strikes,” Jackson said. “I threw my curveball for strikes too. Everything was just working for me tonight. It was a good game.”

Jackson started the season as Dwyer’s closer, but injuries forced him into an expanded role. Morales says that the team trusts him to pitch in big games and that he will likely be in the mix for regionals on Tuesday. 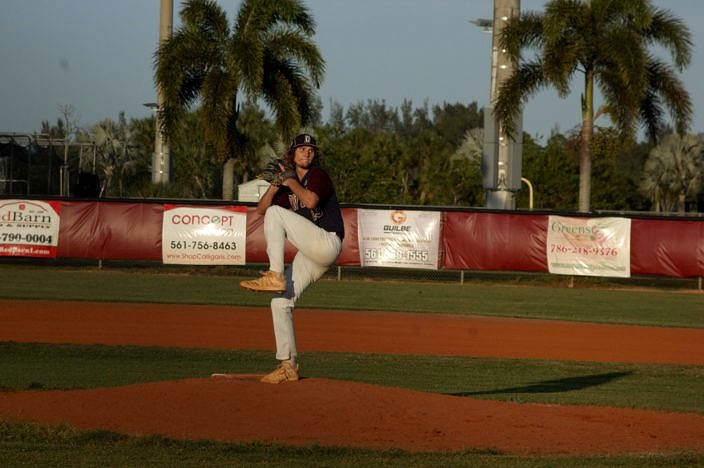 Bryce Jackson threw a complete-game shutout for Dwyer in the championship win.

After a 1-2-3 first inning, the Panthers picked things up in the second and third to put up five total runs. Kris Blanks led the offense with two hits and three RBIs on the night. His RBI single in the second inning got the scoring started for Dwyer, and his two-run double in the third gave the team a little extra insurance. The other two runs scored on a sacrifice fly from Jackson and a single from catcher Corey Goldstick in the second.

“We came in confident,” Morales said. “We play every game hard, so whoever the opponent was we were going to give it our best shot. Never worry about the other guys. If we play our game, I like our chances.”

The Panthers amassed eight hits in total and knocked Olympic Heights’ starter, Nick Manning, out of the game after just three innings.  Etha Zbeda, Manning’s replacement, did manage to hold Dwyer scoreless over the final three innings of the game though.

Morales says the team will celebrate the win with a weekend off but will still get three practices in before regionals begin on Tuesday. The district championship guarantees the Panthers a spot in the 6A regionals but their opponents won’t be known for a few more days. 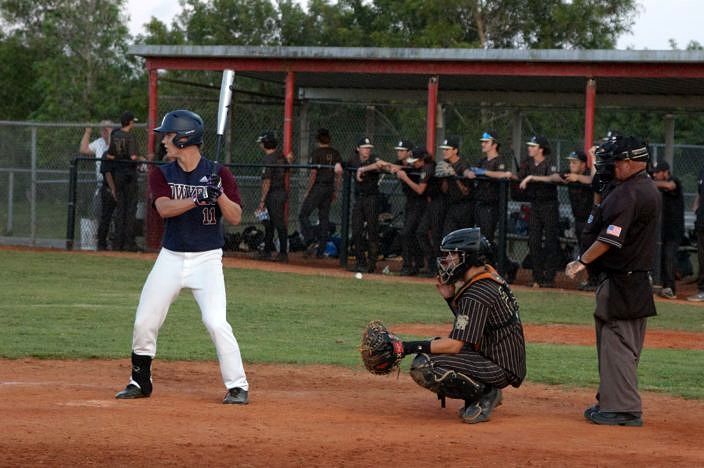 After reaching the state semifinal a season ago, expectations are high for this Dwyer club. Morales is looking to add two more trophies to the one he collected today at Seminole Ridge High. It won’t be easy, but it’s something he knows his kids are capable of achieving.

“It’s definitely beyond (the state semifinal),” Morales said of his goals for this club. “We’re a team where we have to play hard to win. We have to play our A-game to beat anyone from this point on, so it’s not going to be easy. Going off of last year, our goal is to win all three: districts, regionals, states. We’re hoping to take all three.”

On the other side of the diamond, it could be the end of the road for an Olympic Heights team that’s seen a nice turnaround under first-year head coach Willie Vizoso. There’s a chance they make the regional playoff, but that’s in the hands of the FHSAA at this point. If this was the last game of the season, the Lions have much to be proud of aside from the outcome.

“I told the boys just now not to harp on what occurred tonight,” Vizoso said. “I said to them ‘guys, you don’t get to experience a district championship game too often. Remember this feeling because it’s not something that happened by luck; it’s something that we planned on and envisioned and something that’s going to happen many times in the future.'” 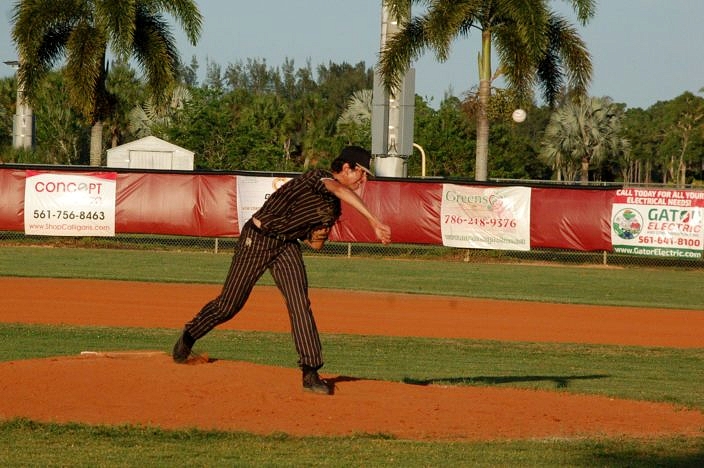 Vizoso’s goal for the season was to flip the team’s record from a season ago. In 2021, the Lions finished 7-14, and they finished the 2022 season at 12-9, including this loss. Most of the team will return in 2023, and the future looks bright for the Lions with a coach that has a vision for the program.

“That’s actually the most exciting thing, we’re only losing two starters,” he said. “Dean Dragos behind the plate, he’s been the heartbeat of our team. I was lucky to have him for one year. He’s the epitome of what a captain should be. Tommy Pardo, he was our left fielder and our top arm out of the ‘pen, and we obviously lost Brandon Rolo to injury early in the season. There’s also Jaxon Wilkins, one of our top guys off the bench who’s an incredible teammate.

“But that being said, seven of our nine starters are coming back and they are all freshmen or sophomores. You can’t ask for more as a first-year head coach. We have a future for the next two to three years to roll with. I’m ecstatic to see what these guys can do as juniors and seniors. I’m not trying to create lofty expectations. It’s a realistic goal.”

Seeing a team like Dwyer in the district championship is crucial for the Lions to develop into the players Vizoso wants them to be. The standard has been set and there’s a new goal to strive for.