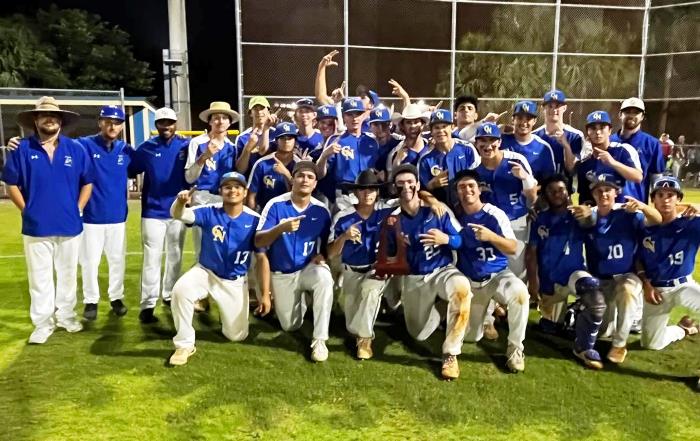 It has been that kind of season for the Cardinal Newman Crusaders.

The team matched its highest win total since the 2013 season, capping many signature victories with a convincing shutout in Thursday’s District 3A-11 championship. The Crusaders (18-5) jumped ahead early and were in control all the way to claim a 9-0 win over The King’s Academy Lions.

Three hurlers combined for the shutout. Drake Flowers led the way on the mound by making his fifth start of the year and striking out five through five innings. Relievers Trevor Robb and Joe Thomas each followed with a scoreless frame.

“Tonight was a team win,” Newman Manager Jayme Edwards said. “Drake did a great job throwing up zeros after we had a big inning to keep the momentum with us, followed by Joe and Trevor solidifying the shutout. Offensively, we saw contributions across the board. We kept the pressure on their pitcher and defense, and took advantage of mistakes in key moments.” 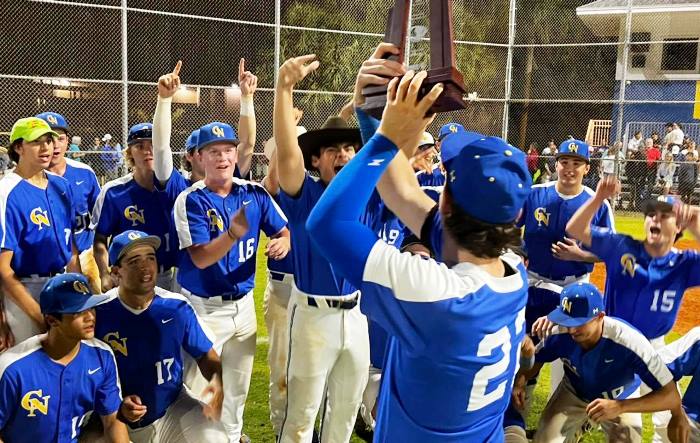 The Crusaders got the bats going right away to support their pitchers, scoring four runs in each of the first two innings to leap out to a massive lead. An RBI single from Andy Sabugo was followed by a two-RBI single from Louis Paolillo in the first, and then Griffin Hugus had an RBI single before scoring on a two-run home run from Raul Feliz in the second. Paolillo then delivered an RBI double to make it 8-0, as he was 3-for-3 with two RBI on the night.

“Raul and Louie have been coming up clutch all year. Tonight was another good example of that,” Edwards said. “It has been fun to see how this group has come together and found their identity as a team over the course of the season. I’m proud of them and thankful for the support we’ve gotten.”

Nick Groover chipped in an RBI single in the bottom of the fifth inning to close out the scoring.

It was a tough day for the Lions (13-6), who were limited to just a base hit from Cory McEnroe. Unlike in recent years past, the district runner-up no longer automatically advances into the regional playoffs. King’s Academy will wait to see its fate revealed when the FHSAA state playoff brackets are revealed this weekend. 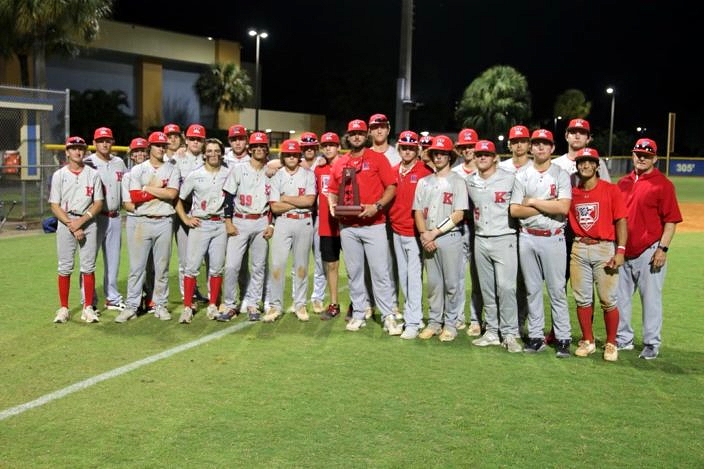