Written by Anthony Uttariello on May 24th, 2022 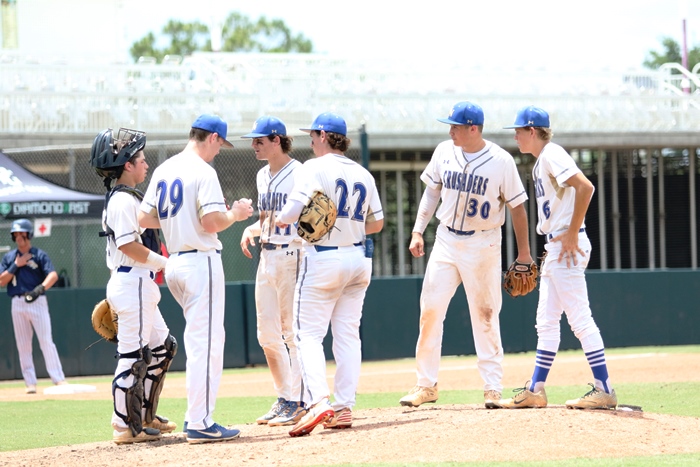 The last two years have been a magical ride for North Broward Eagles seniors, and after Tuesday’s 1-0 3A state semifinal win over Cardinal Newman, those seniors are one step away from becoming legendary figures in the NBP sports history books.

Yoel Tejada is one of those seniors, and he was handed the ball in the semifinal game, in what amounted to his last high school start ever.

Tejada has been the Eagles ace for several years, and he once again was brilliant in the semifinal game, allowing only two hits in his 6.2 innings of work.

That would normally be enough for the big hitting Eagles to cruise, but on the other side of the field, Cardinal Newman had their own group of seniors looking to make history.

The Crusaders have been one of the top teams in Palm Beach all season long, and they looked the part in the semifinal game. Drake Flowers, an FSU commit, threw a complete game, matching Tejada pitch for pitch all afternoon. 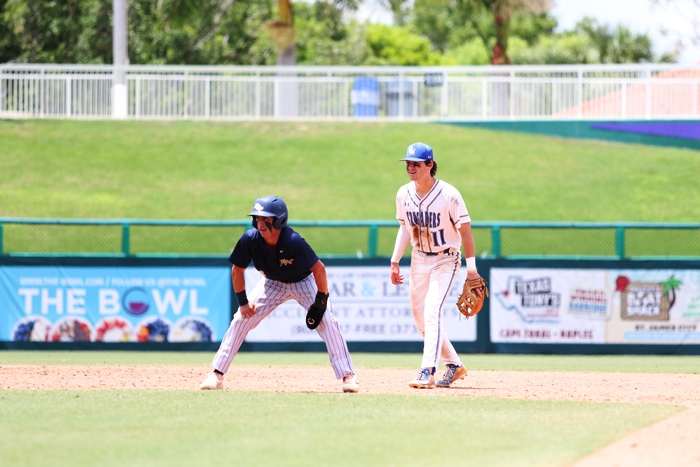 With the score tied heading to the seventh, the Eagles were finally able to break through. Tejada hit a pop fly that was mishandled, allowing him to reach first base. A passed ball moved Tejada to second.

After a groundout, Riley Ruft delivered an RBI single, driving in the lone run of the game.

“The first couple times up, he had thrown me off-speed pitches, so I kind of knew that’s how they were going to pitch me,” said Luft. “I got the curve ball, and was able to stay back and hit the single.”

The semifinal win was drastically different than the regional final game for the Eagles when they hit 11 home runs and scored 14 runs against Westminster Christian.

“That last game was a wild one,” said NBP Manger Brian Campbell. “This was more in line to what we are used to, and Yoel was great out there in his last start.”

Newman also was used to being involved in tight games, and despite the Eagles having the experience advantage, the Crusaders were right there for most of the game.

“Games like these can go either way,” said Newman Manager JR Edwards. “A play here or there can turn the game. I thought we were well prepared, and today things just didn’t go our way. In the end, when we look back, we will be proud of what these seniors accomplished and all that they brought to the program. For today, we just have to let them feel how they feel.”

Although they won, the Eagles seniors also had some feelings creeping in as they approach the end of their high school careers.

“Before the game I was thinking this is the last time I will take the mound in high school,” said Tejada. “And in the seventh, I wanted to go out there and finish it. The game was tight so its hard to get caught up in the emotion, but I definite felt the emotion of the moment.” 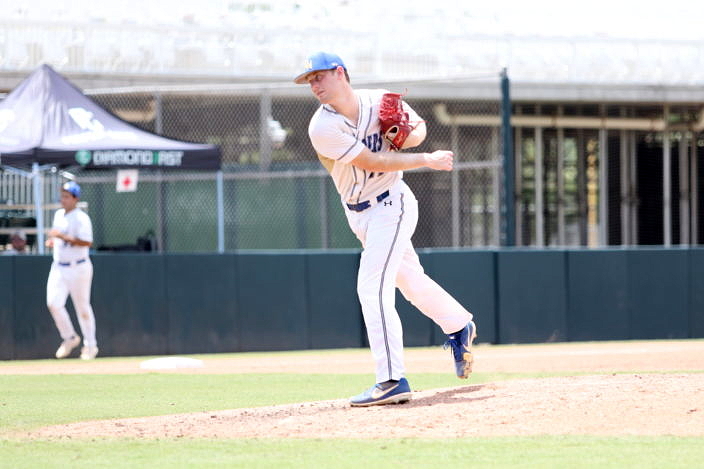 Fortunately for Tejada, he will have a few more at-bats in the state title game when the Eagles face Berkeley Prep from Tampa in what is setting up to be one of the top championship match ups of the year.

“To be honest we haven’t even looked at them yet,” said Campbell. “We thought maybe that would have been a bad omen to do before we played the semifinal game. But now that this one is over, we will get together today and start focusing on them.”