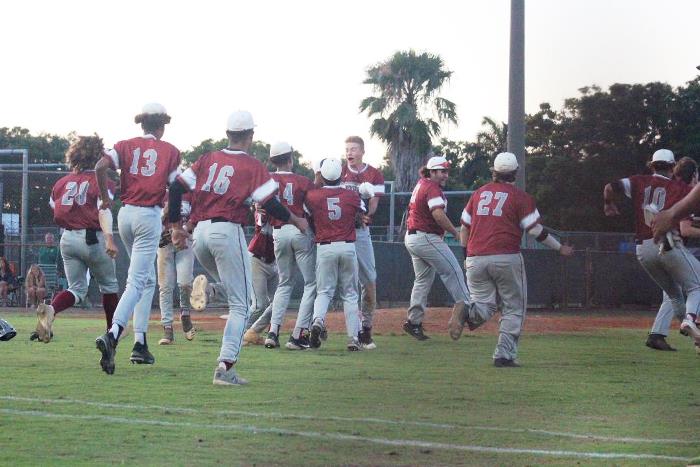 The last two games that Palm Beach Central has played have tested the hearts of their fan base. The team is coming to be known as the cardiac kids, after they once again rallied late on Tuesday to win their 7A regional semifinal 6-5 over Jupiter.

The late inning comebacks have become somewhat of the calling card of these Broncos. In the district final last Friday against rival Palm Beach Gardens, the Broncos jumped to a 6-0 lead, then watched as the Gators scored 11 unanswered runs to take an 11-6 lead. Five runs in the sixth inning, and another in the seventh, gave Central the lead.

In that game, they were unable to close out Gardens, eventually falling 13-12. On Tuesday, they made sure there would not be a repeat of that performance.

As was the case last week, the Broncos scored first Tuesday. In the second inning, Jake Carman singled and promptly stole second. Freddy Rodriguez then singled, driving in Carman with the first run of the game.

After Jupiter tied it in the third, the Central offense went back to work. Kyle Baxt and Carman started the inning with singles. A Rodriguez safety squeeze, and a bases loaded walk to Cameron Smith put the Broncos on top 3-1.

The Warriors then scored three runs in their half of the fifth to take a 4-3 lead.

In the sixth, it was Juan Hung who delivered the game-tying single, and Hector Camacho put the Broncos up for good with a single of his own.

Central tacked on a run in the top of the seventh, with a Rodriguez base hit, a much needed insurance run, as Jupiter made one final rally in the bottom of the seventh. 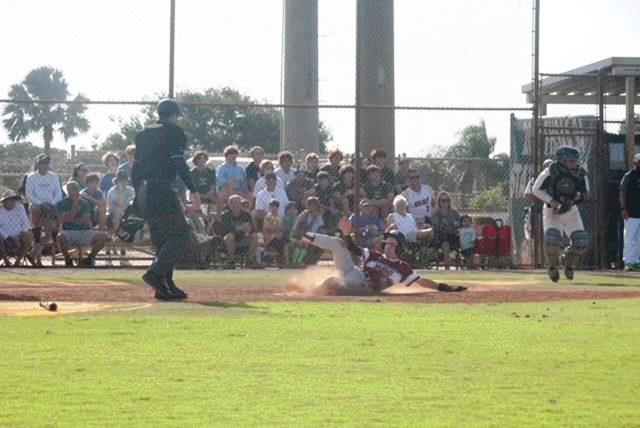 A one-out error, and a wild pitch, suddenly put a runner on third, and when Tyler Johnson singled, it cut the lead to one, and put the tying run on base. Camacho, working in relief of starter Brody Gullo, was able to get a fly ball to right, ending the game, and sending the Broncos on to the regional semifinals.

What awaits Central next is a date with Park Vista on Friday night. The Cobras will be in the tough position of having to defeat a team three times in a year. They defeated the Broncos in a tight 5-4 affair back in early March, and then again 17-7 just three weeks ago.

The winner of Fridays game will move on to face the winner of the West Boca, Palm Beach Gardens game, with a state final four berth on the line.