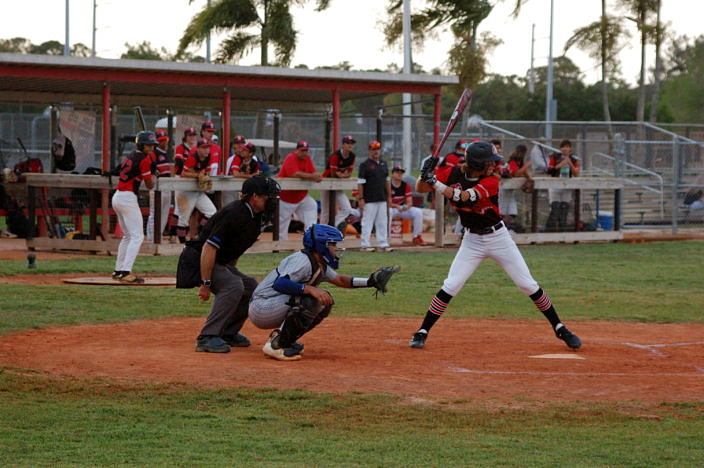 The Wellington Wolverines (7-13) bested Seminole Ridge (7-15) by one run on March 31, but the script was flipped Thursday night in a 6-5 win for the Hawks that required two comebacks.

“I’ve told these guys throughout the season that when they want to play well, there’s nobody that can beat them,” Hawks manager Paul Brill said. “During the course of the season, we’ve lost seven leads. We couldn’t expand the lead, we made an error here and an error there—early, on we could not get the offense going to get back in the game. So, this is a great feeling because we’ve been in this situation before and been learning from it and, finally, we won it.”

The Wolverines got the scoring started in the second inning with the aid of some untimely fielding woes. Chris Duprey, Daniel Villafane and Zach Hessler notched three straight singles against Hawks starter Rafael Labrada to bring in four runs and give Wellington the early lead. Labrada came out after that, and Justin Precanico got the final out of the half inning. The Hawks answered back in the bottom of the frame thanks to a pair of errors and some command trouble. Cameron Lindsay singled home a run and Gavin Kolesar tied things up with a base hit into left field.

With the lead gone, Wellington manager Scott Riddle opted to lift starter Tristan Guerra in favor of Russell Wilson. He made it out of the inning without giving up the lead despite an error that loaded the bases. Both teams got runners in scoring position during the third, but neither squad could seize the momentum. 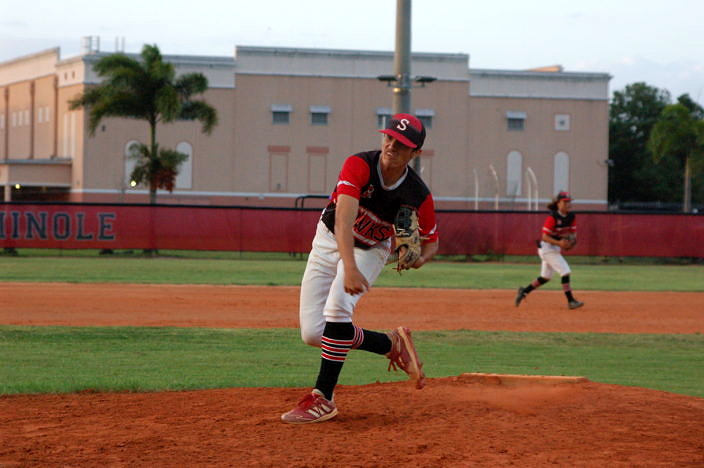 Justin Precanico held the game at a 4-4 tie for 3 1/3 innings to set up the Hawks’ late comeback.

Things slowed down until the sixth inning when Kolesar took over on the mound for Seminole Ridge. After striking out the first batter of the inning, Kolesar hit Duprey and walked Villafane.

Hessler came through once again with a bloop single to shallow right field that was almost snagged by second baseman Kyle Andrew. The Wolverines ran into a second out at home and Kolesar escaped the sticky situation with a one-run deficit setting up comeback No. 2 of the night. Riddle turned to RJ Humphrey for the sixth, but Kyle Latham and Lindsay got things going with back-to-back singles. Kolesar drove in Lantham with a double to right and Lantham scored on a passed ball to take the lead. In line for the win, Kolesar came back out for the seventh and took care of the Wolverines 1-2-3, all on flyouts.

“I knew I was struggling on the mound a little bit, but I just tried to focus on hitting my spots,” Kolesar said. “It was a little discouraging, but I knew that I had to come back strong and just let the defense keep working. That hit, it set me off. It got my mood up for the seventh and I was ready to go out there and shove.”

It’s a dramatic win for a club that desperately needed it. The Hawks were playing their third game of the week and had already lost the first two by a single run.

“We’ve had a very tough season,” Brill said. “The wins haven’t been a lot. We played (Palm Beach) Gardens last night and lost in nine innings. We’ve had leads, we’ve lost leads and we’re now finally figuring out that it’s okay to lose the lead and come right back and take it. We’ve done it all this week.” 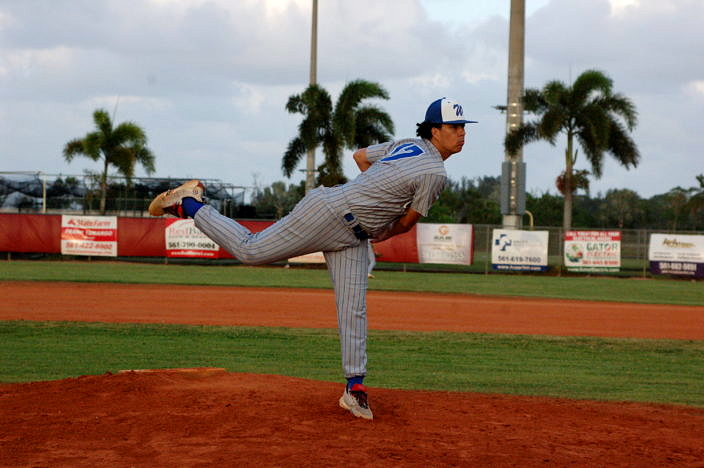 In fairness, this was Wellington’s third game of the week as well and the schedule has been anything but kind down the stretch. The loss brings the Wolverines’ streak to six games, which has also featured losses to Palm Beach No. 5  Jupiter and No. 10 Palm Beach Central. Consistency has been hard to come by as of late and it’s not the first time Wellington has lost in this fashion.

“That’s kind of a standard game for us,” Wolverines manager Scott Riddle said. “We have a good inning but we let teams back in the game through mistakes and a lack of attention to detail. We can’t throw, we can’t catch, so it’s hard to keep a lead. I’m going to give (Seminole Ridge) the credit for fighting back and putting the runs on. They needed three hits to come back and got them right off the bat despite our pitchers throwing good pitches.

“They hit the ball, and the last three at-bats for us were lazy fly balls. It’s been a long month, but we’re hopeful we will turn it around. We’re a good team, we’re just not as good as we’d like to be at this point.”

Fortunately, the schedule lightens up a bit for the Wolverines in the coming days. Royal Palm Beach (5-12) and Benjamin (7-11) are both favorable matchups on paper, and the season finale against Atlantic (7-14) is another one to keep an eye on before the playoffs begin.