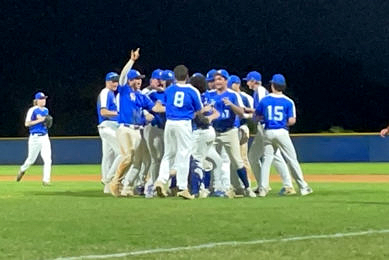 Griffin Hugus has quickly proven himself to be a big-game pitcher. When the Cardinal Newman Crusaders take the field for the toughest match ups, chances are it is Griffin toeing the rubber for the start.

Tuesday night Griffin Hugus reminded everyone just why that is, as he sliced his way through the Cardinal Gibbons offense for a 3-0 no-hitter.

Griffin was in control the entire night. The senior right-hander allowed just two base runners, via a walk and a hit batsman, and he piled up 13 strikeouts. He needed just 91 pitches to go the full seven shutout innings, and he threw 62 of those pitches for strikes. He raised his season strikeout total to 31, which currently ranks among the Top Five in the area’s Pitching Leaders. 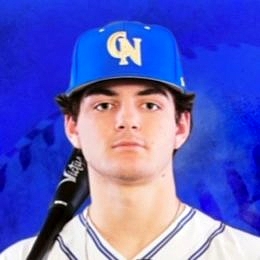 Griffin faced just one batter over the minimum, and he delivered a complete-game, no-hit shutout despite hitting leadoff batter David Bauer to begin the game. Bauer was quickly caught stealing, and the Chiefs (6-5) did not manage another base runner until Brock Buerosse led off the top of the sixth with a walk.

The Newman offense did not take long to get going in support of its pitching, as the Crusaders did all of their scoring during a three-run second inning. Nick Groover led off with a single to center field, Andy Sabugo followed with a base hit to right and Louis Paolillo got his side on the scoreboard with an RBI single to center.

The Crusaders were just getting started. Griffin drew a four-pitch walk to keep the pressure going, and then Raul Feliz came through with the biggest hit of the night on a double to left field that plated Paolillo to make it a 2-0 advantage. Griffin came home on a wild pitch during the next at bat.

Cardinal Newman improved to 8-4 on the year, and also recorded its second shutout of the season. 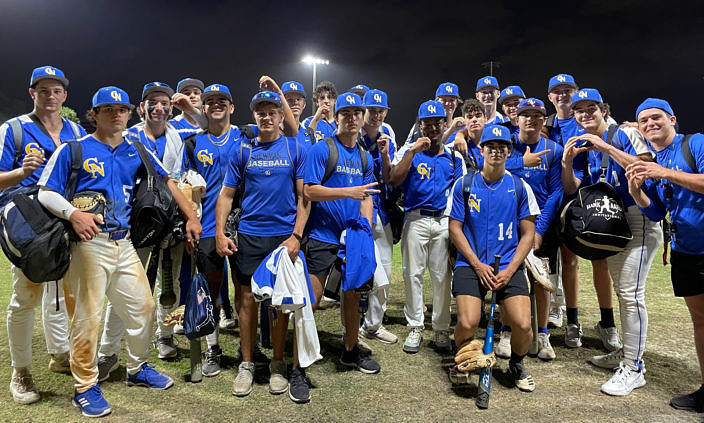 Cardinal Newman improved to 8-4 this season, with Griffin Hugus improving to to 3-0 to account for nearly half those victories. *Photo courtesy of Gena Hugus.