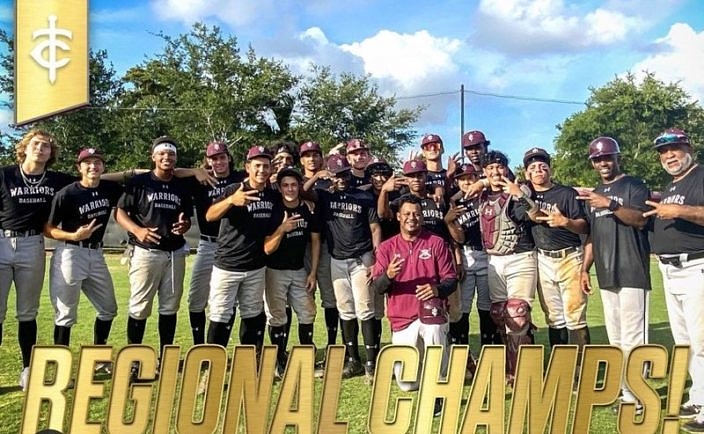 The Trinity Christian Warriors are returning to the FHSAA Final Four. Behind the strength of a 12-7 shootout victory over the Miami Christian Victors on Saturday morning, the Warriors won the regional title and stamped their ticket to states.

It is the eighth time the program has advanced to the state tournament, and the Warriors (17-7-2) will be seeking their third state title. Trinity won back-to-back championships in 2016 and 2017, but has not returned to the Final Four since then. The Warriors will host the Out-of-Door Academy Thunder (22-3) in a state semifinal on Wednesday afternoon at Hammond Stadium in Fort Myers.

“The guys have been looking forward to this,” Trinity Christian Manager Miguel Cuello said. “It was a tough year, with COVID. We had games cancelled, guys were sick, and it was a battle. We never had the whole team together until about the last two weeks of the season, and that last week everybody was healthy and we were pitching and hitting. There were a lot of ups and downs, but in the end the kids came through. All of the players that we have on the team have never been to states. We have three seniors, which is awesome for them in their last chance at school when they are graduating to have a chance to go to a state game. That is good for them, and for the other guys as well.”

Saturday’s result officially ends Miami Christian’s extended reign as the defending champions of Class 2A. The Victors (9-14) knocked Trinity Christian out of the playoffs in the regional finals on the way to their own state titles in 2018 and 2019, and they are the last 2A state champion, since the 2020 season never reached the playoffs before the pandemic ended it.

Saturday’s title game exemplified just why those clubs have been so successful. Trinity broke out with a big lead early, and then held off Miami Christian’s best rally efforts to keep them from stealing the win late in the action. After the Victors pulled within three runs in the bottom of the sixth inning, the Warriors answered back with four runs in the top of the seventh inning that effectively sealed the victory. 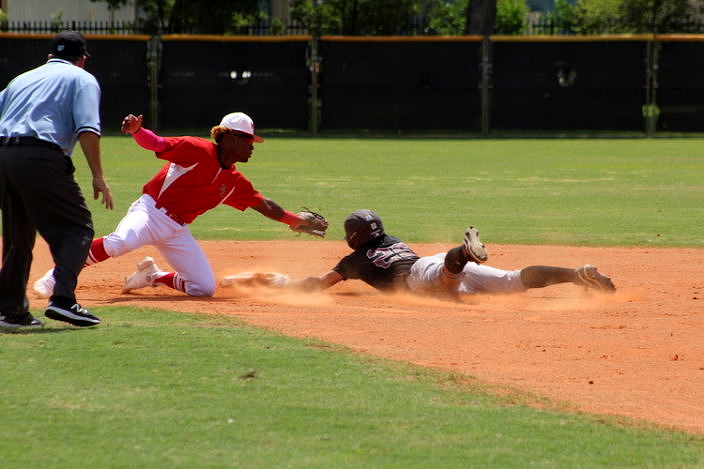 Following a scoreless first inning, Trinity got the scoring going with three runs in the top of the second. Ryan Marrero got it going with an infield single, and Jan Oquendo followed by lining a base hit to left. Angelo Allievi then dropped down a bunt that allowed courtesy-runner Dylan Chappell to come home when the throw went wild, and the Warriors added RBI bases-loaded walks by DeShaugn Forbes and Ariel Antigua.

The Warriors added on to the lead with four more runs in the third. Marrero and Allevi walked sandwiched between Oquendo, who was hit by a pitch, to load the bases for Justin Dambruck, who delivered with an RBI single through the left side. Forbes followed that with a bases-clearing, three-RBI double that gave the Warriors a 7-0 advantage.

An inning later, Chappell scored off a wild pitch to account for the deciding run.

Half of its outs already gone and trailing by a lot, Miami Christian refused to go quietly and finally got the offense rolling in the fourth. Jose Torres worked a one-out walk, Andrew Estrella followed with an infield single and Ayden Cham came through with an RBI double to right field that drove in Torres. A wild pitch then allowed Estrella to cross the plate.

The Victors made it a game again in the sixth. Torres led off with a double and Estrella smacked a 2-1 offering over the left field fence for a two-run home run. Cham kept it going with a double, and walks to Joseph Cerda and Bryant Zayas loaded up the bases for Jameson Caro, who worked an eight-pitch at bat to draw an RBI walk on a 3-2 count. 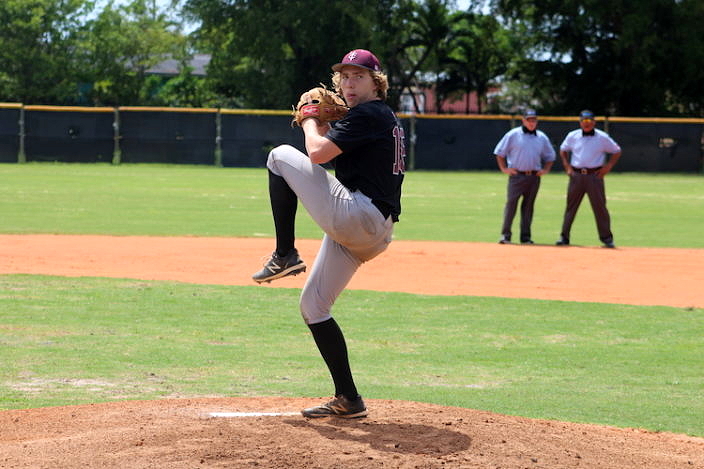 “The bottom of the sixth it was 8-5, so you are only talking about three runs,” Cuello said. “They have guys who can hit home runs, so you have to think about that. If a guy gets on and then a guy hits a home run, it’s a one-run game.”

Things now feeling even closer than a three-run difference, the Warriors bounced back off the ropes swinging in the top of the seventh to club out four more runs. The first three batters all reached, with Joshua Strub scoring on a throwing error. Antigua then smacked a two-RBI triple into right field, before also scoring thanks to a sac-fly RBI from Marrero.

“When Antigua hit that triple and Marrero hit that sacrifice, it was 12-5 and I felt OK. It was seven runs,” Cuello said. “Once you are up by seven runs you can be more aggressive with the pitcher and you do not try to hit the outside corners. Instead, you just go right at them and let them hit it. I had more pitchers ready in case things got a little crazy, but once we had that cushion I didn’t think they were going to score seven runs in one inning.”

Miami Christian did not manage that feat, although the Victors did prove relentless to their final swings by tallying two more runs. Torres led off with a walk and Estrella went yard again with a two-run blast to center field. But the next three batters went down in order to close out the action.

Heading into the stretch run at the end of the season, Trinity Christian started clicking even despite playing three of its toughest opponents to end the regular season. While many teams take it light in the final week, Trinity instead opted to face Palm Beach Central, Miami Brito and Montverde Academy. The team responded with its best baseball of the season, and that is how it has been ever since.

“We won all three games,” Cuello said. “I always put my schedule so that the last three games are the toughest teams I can find. I don’t take it easy, because I want these guys to face good pitching so they are ready to go.” 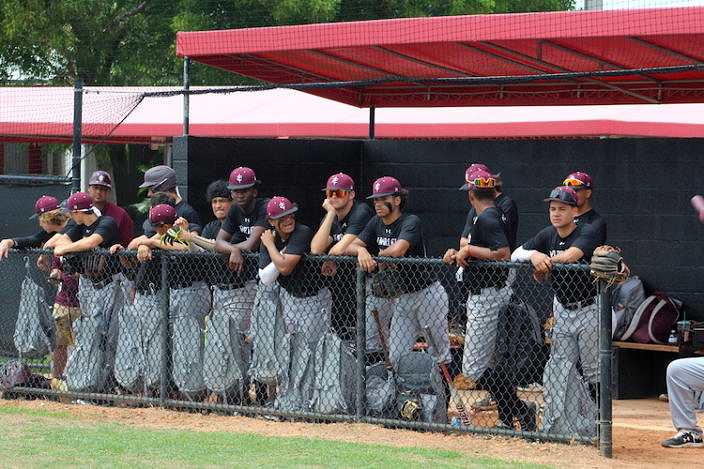