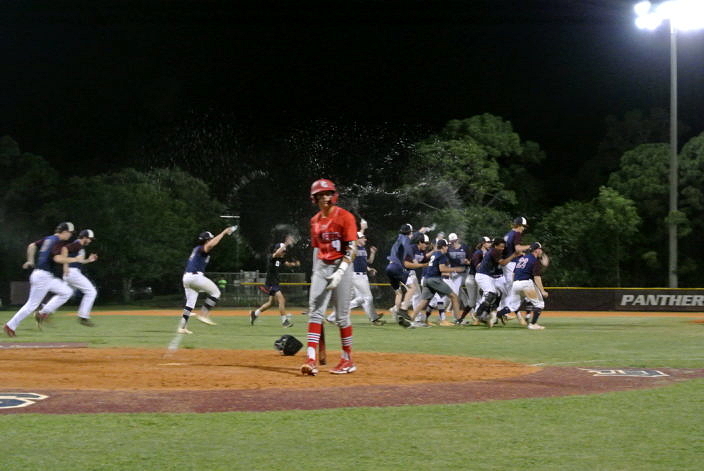 The thrill of victory and the agony of defeat…the Dwyer Panthers mob their pitcher, Drew Jaloski after recording the final out to defeat the Doral Academy Firebirds 2-0.

Before the season, Dwyer Panthers senior pitcher Drew Jaloski lost confidence in his fastball. While Jaloski can sling it, the slender right hander is more in the mold of a strike thrower than a power pitcher. For him, movement is more important that MPH.

He made some adjustments and a few months later he turned in a 15 strikeout masterpiece in one of most important games in Dwyer history to advance into the State Finals with a 2-0 win over the Doral Academy Firebirds (24-5-1).

Jaloski unfurls a wicked curve that he can drop in for a strike anywhere on demand. Even he admits that the curve is his bread and butter. But he attributed much of his success on Saturday night to the two-seam fastball.

“I was struggling with my four-seam fastball before the season. So I set to work on a two-seam. The way I throw, it gets action like a changeup. Recently, I have been able to get better movement on it so I have been using it more. Tonight when they started to time the curve, I would mix that it to throw them off.” Jaloski said after throwing a shutout in the Regional Finals.

The loss was only the fifth of the season for Doral, who finished as 6A-16 Champions with a potent lineup and polished defense. However, the Firebirds had trouble with the off speed variations from Jaloski and could only muster two hits in the Regional Final despite solid pitching from their trio of Renzo Gonzalez, Jake Gorelick and Evan Demurias.

To their credit, the trio only allowed two hits as well. Free passes to lead off hitters and untimely errors gave Dwyer the only scoring chances they needed to sneak past the Dade County power. 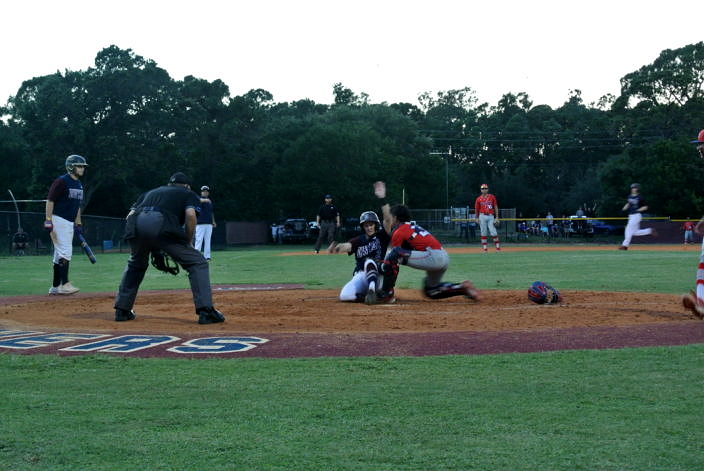 Dwyer senior Raul Diaz drew a walk to lead off the bottom of the second inning. Renzo Gonzalez responded with two quick strike outs for the Firebirds and looked poised to end the threat. Panthers sophomore centerfielder Matt Davis stepped into the batter’s box looking to catch Gonzalez on something elevated.

“I was just thinking fastball, fastball, fastball. First pitch? Fastball. And it was maybe a little low but I caught it with enough barrel to put it in a gap.” said Davis who lined into left center for an RBI double which gave the Panthers a 1-0 lead.

Dwyer scored again the next inning after leadoff hitter, Raul Feliz was hit by a pitch and advanced on back to back errors by the Firebirds infield. Jack Savery plated Feliz on an RBI groundout to give the Panthers a 2-0 advantage that would prove to be all Jaloski needed.

Dywer Manager Alex Morales gushed over his starting pitcher, and admitted that despite having ace Drake Flowers available on Saturday, he knew Jaloski had all his confidence to deliver their team to the State Finals. 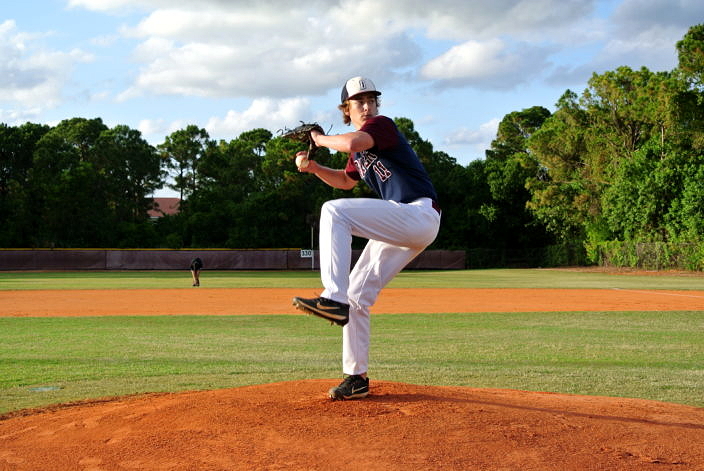 Dwyer senior Drew Jaloski turned in an epic performance on Saturday night, striking out 15, walking one and taking a no hitter into the 6th inning en route to a shutout that earned the Panthers a spot in the State Finals.

“His two seam fastball was nasty tonight” said Morales. “Everything was terrific, really. His curve just dove in wherever he wanted it. He was FANTASTIC. I can’t say enough about this young man’s performance tonight. It was special.”

The Firebirds gathered in right field after the loss. It was difficult but not crushing according to 30 year Doral Academy Manager Ralph Suarez, who gave his seniors sage advice in the defeat.

“At the end of the day, you find out a lot more about yourself from your losses than you do from the wins,” said Suarez.

The Dwyer Panthers travel to Fort Myers next week to fight for a State Championship. Coach Morales explained that his team enjoys this moment but is keeping their focus on a larger prize.

“We’re excited about being District and Regional Champs. But we have a team that could win States. So we’re happy right now, but we have work to do. Two more wins get us history and we think we could do it.”