Stagliano Shuts Out Treasure Coast To Carry Gardens To Semis 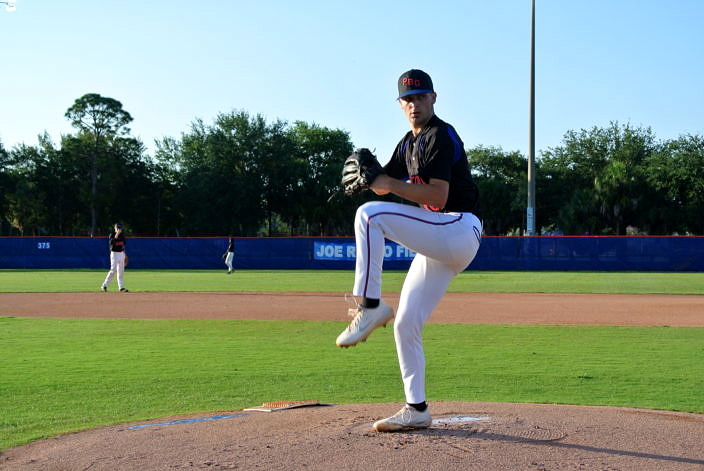 The Palm Beach Gardens Gators advanced to the regional semifinals with a 1-0 victory over the Treasure Coast Titans, on Friday Night at Joe Russo Field in Palm Beach Gardens. The starters pitched brilliantly for both teams, but Palm Beach Gardens produced an RBI sacrifice fly in the second inning to score the only run of the game and edge out the close win.

The Gators (21-5) will now host the regional semifinal against the rival Palm Beach Central Broncos on Tuesday, May 11th at Joe Russo Field. The Gators won two of the three contests against the Broncos (16-10) in the regular season. The Broncos advanced with a 3-0 shutout over the Vero Beach Indians (22-2).

Palm Beach Gardens front-line starter Dominic Stagliano was outstanding. The senior right hander frustrated hitters by clipping the strike zone with a biting curve and smooth changeup, to compliment a crisp, live fastball. Stagliano struck out ten en route to a complete-game shutout, allowing only two walks and one hit. He also worked efficient. It took only 86 pitches for Stagliano to go the distance against the Titans (11-9).

“Getting the hitters off-balance was the key tonight,” Stagliano said. “The changeup and curveball were effective, but I felt good locating all four pitches for strikes.”

Palm Beach Gardens Manager Joe Russo was pleased with the performance from his bell-cow ace.

“He’s our dude. He was money tonight,” Russo said. “He got ahead with the off-speed pitches all night. He pounded the zone and really executed all of his pitches. He was terrific.”

The lone run of the game came in the bottom of the second inning. Palm Beach Gardens senior Zane Coppersmith led off the inning with a double to right-center field. AJ Hunerberg laid down a textbook bunt that advanced Coppersmith to third and reached first safely before the throw. Dom Presto popped out to first base, but the Gators still had runners on the corners with one out. Then, Billy Reid found a 2-0 pitch he could get under and lifted a long, lazy fly to center field that allowed Coppersmith to tag up and score from third to give the Gators an early lead. 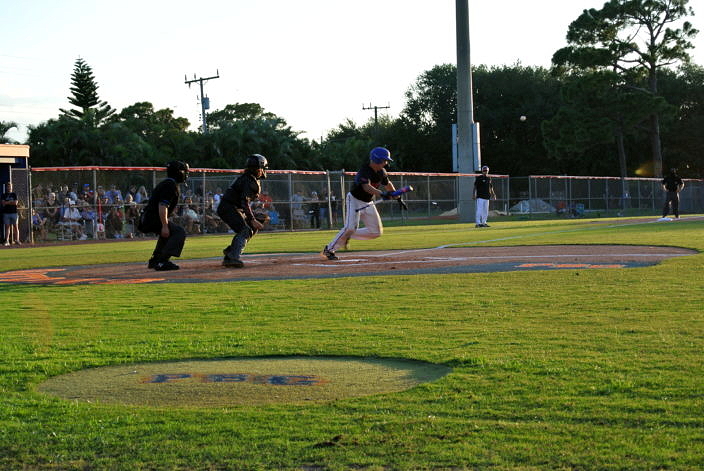 It was all the Gators needed, as Stagliano was lights out the rest of the way. He clamped down on the Titans to record strike outs to end innings whenever they put a runner in scoring position.

Both the Titans and the Gators played clean, sharp defense behind the incredible pitching. Treasure Coast Titans Manager David Morales explained that tight affairs tilt toward the team that can manufacture opportunities.

“When you have two dominant pitchers on both sides of the game, you have to take advantage of what few opportunities you might have,” Morales said. “It was a great pitcher’s duel. But tonight was one of those unfortunate nights when we didn’t capitalize we we needed to, and they did.”

The plucky Titans never stopped fighting. When they weren’t able to get the bats moving, they drew walks and stayed aggressive on the bases.

Treasure Coast senior southpaw Jaden Paradoa was excellent and kept the his team a swing away from pulling ahead all night. Paradoa held a potent Gators lineup to only one run, using an expert touch on his breaking pitches to induce grounders and fly outs. He recorded the biggest strikeout of the night when Palm Beach Gardens threatened to pull away in the third inning with runners in scoring position. 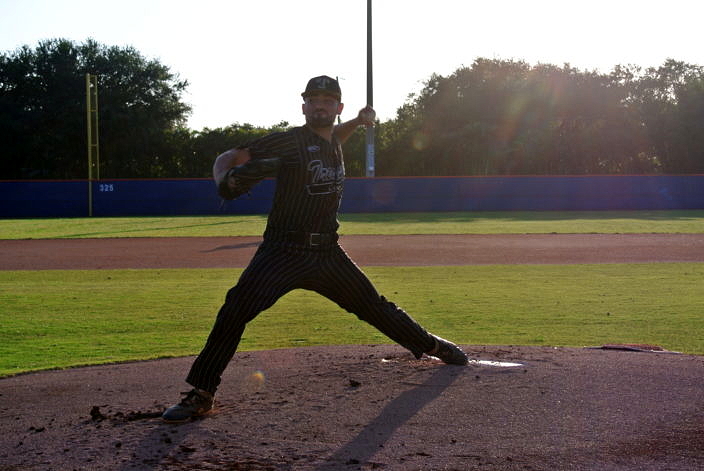 Treasure Coast Titans senior Jaden Paradoa kept his team in the tightly contested game with a mix of changeups and curveballs to keep Palm Beach Gardens hitters off balance.

The left-hander scattered four hits and two walks, with one strikeout.

Paradoa was reflective of his time at Treasure Coast after the game. His teammates lingered in the outfield for some time after the final out, saying emotional goodbyes to one another.

“It’s tough knowing I won’t be playing with these guys again,” Paradoa said. “Our team had a really strong connection. I’ll miss them.”

Coach Morales was also aware that this would be the last time the group would be assembled on the field. He spoke about baseball being more than just a game for his team.

“This night was about our 11 seniors,” Morales said. “To watch them grow from their freshman year until now is special. I am more than just a coach to these guys. In many respects I feel like a father away from home for them. And to see them learn about life through baseball has been an honor.”