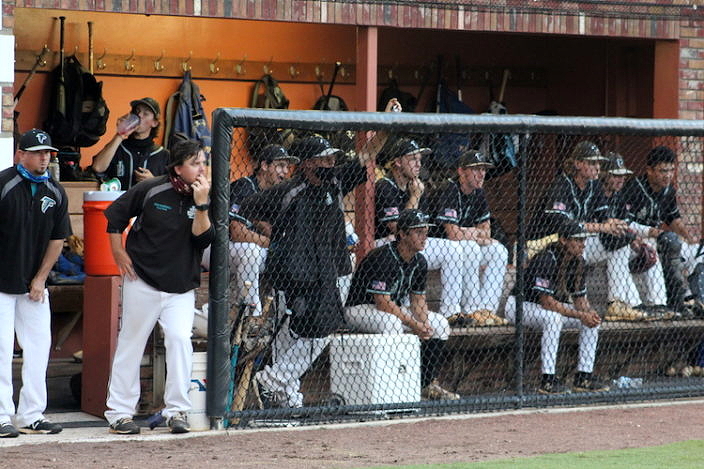 Hosting a very good Jensen Beach team in a Region 4-4A quarterfinal and with his Patriots teammates having a great deal of trouble generating any kind of offense at the plate, it was basically on Futrell’s shoulders to carry them through to victory.

So that’s exactly what he went out and did.

Futrell proved to be virtually untouchable all night as the tall 6-5 lefty senior who is headed to college power Vanderbilt in the fall, came within one out of firing a complete game no-hitter before settling for a one-hit shutout as Heritage nipped Jensen Beach 1-0 to advance to next week’s regional semifinal round.

The Patriots, who improved to 17-5 and are ranked No. 5 in HSBN’s Broward power rankings, will host North Broward Prep. on Tuesday, May 11 at 7 p.m. with the winner advancing to the regional final.

“I wasn’t expecting for Devin to go the distance but he looked at me and said ‘this is my game’ and I said, ‘okay, it’s yours, you can have it,’ ” said American Heritage manager Bruce Aven. “I don’t believe we’ve ever thrown him as many pitches as he did tonight but he was absolutely incredible out there and when a kid does what he was doing for you, it makes it really tough to pull him.”

Futrell took the mound in the seventh having allowed just two Jensen Beach baserunners to that point, a second inning walk and a sixth inning error at second base that allowed Chase Higgans to reach.

When he struck out Patrick Ward and Travis Cox, his 13th and 14th strikeouts of the night, he was one out away from his no-no. That’s when Chris Knier bounced one up the middle past diving second baseman Julien Gonzalez into center field. 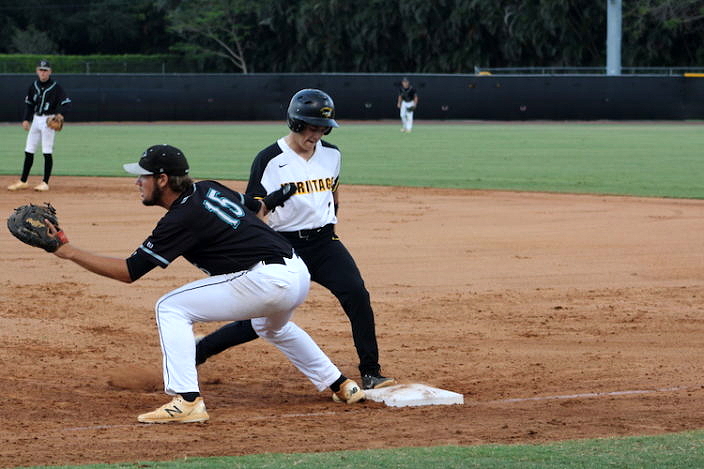 Futrell had no time to fret over the lost no-hit bid. His team was clinging to a one run lead and now the tying run was on. So he promptly mowed down Matt Kautz, striking him out on four pitches for finish his remarkable evening with 15 strikeouts out of a possible 21.

“My changeup worked really well tonight so I relied heavily on that and my fast ball was locating well so overall a pretty good performance,” said Futrell in the understatement of the night and who came into the game with a 0.80 ERA and now has 78 strikeouts. “I really had a good scouting report coming into the game. I knew how to pitch every batter, knew who knows how to bunt, who knows how to steal so I really just focused on doing my part while my team did the rest.”

It didn’t seem like a big deal at the time but when catcher Mateo Serna stepped up to the plate with the bases loaded and one out in the bottom of the first, his deep fly ball to center allowed Ray Bermudez to tag up and come home.

It turned out to be the game’s only run as Jensen Beach starter Egan Keeler pitched five sold innings allowing just three hits before reliever Austin Trumpour finished out the final two innings.

With so many strikeouts, Futrell didn’t need to rely much on his defense on this evening with the exception of what turned out to be one very crucial moment.

After Higgans reached on the one-out sixth inning error and speedy Lonnie Brown came in to run for him, Cade Crews laid down a perfect bunt down the third base line. Hard charging Heritage third baseman Danny Diaz got there but his off balance throw to first was short.

First baseman Eddie Novoa then had to decide whether to come off the bag and just block the ball from going down the right field line or keep his foot on the bag and swipe his glove to try and pick the short-hop clean. He chose the latter and pulled it off magically for the final out.

“I just saw that the ball was pickable so I felt like I could handle it and just reached out with my glove and got it,” said Novoa. “Sometimes you just have to go on instinct and that was what I did.” 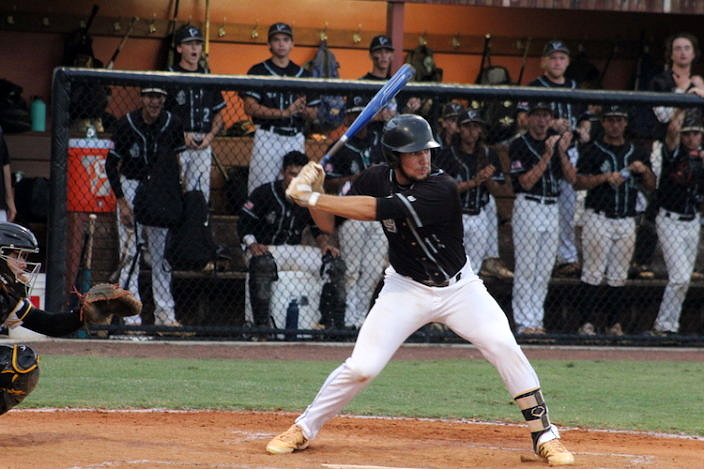 Aven didn’t argue that the play was the biggest defensive play of the night.

“The runner they had out there was fast so I can tell you that if Eddie doesn’t make that play and that ball goes down the right field line, we’re probably still out here playing in a 1-1 tie right now,” said Aven. “That was a terrific effort.”

On the other side of the coin were the Falcons who showed that their impressive 15-7 record coming in was no fluke and that they were perfectly capable of taking a victory back up to Palm Beach County with them.

“It’s heartbreaking, devastating, whatever word you want to use because our boys battled against a good team in a tough environment tonight,” said Jensen Beach manager Corey Cooke. “What can you say about their pitcher, he was practically untouchable and you’ve got to figure we might be seeing him pitch in the College World Series one day or even at a higher level. All of his pitches were working and his changeup, you just can’t see it. He hides it well, it’s the same arm speed as his fast ball and then the velocity is tough to. The kid has got it all.”

Even with Futrell proving to be so tough, Cooke said he was proud that his kids did not back down.

“With all of that, I thought we played well, we were right there,” said Cooke. “We had that bunt in the sixth inning that their first baseman makes an unbelievable scoop on. That was the play of the game because if the ball gets down the line and the game might’ve been tied. You hate to see it end for us because these were a special bunch of kids.”