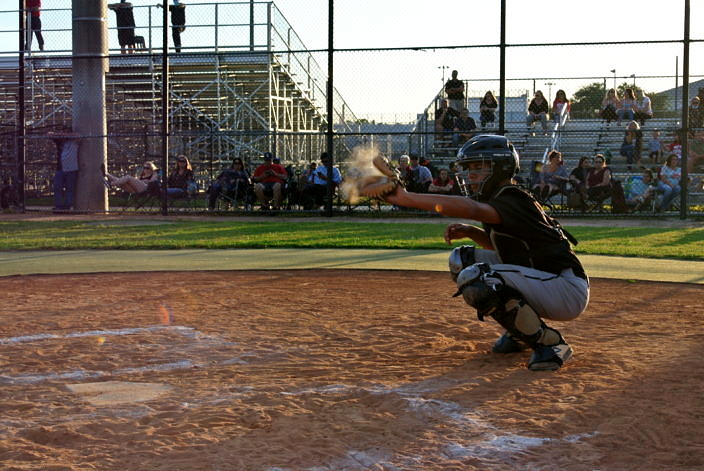 Seminole Hawks catcher OJ Carrasquillo snatches a mitt-popping fastball in the early innings of their match up against Royal Palm Beach.

The Royal Palm Beach Wildcats defeated the Seminole Ridge Hawks 6-5 Monday evening in a quarterfinal of the District 6A-13 Playoffs. The Hawks had only lost two games in the past month; one of which was suffered at the hands of the Wildcats. Royal Palm Beach, by contrast, had lost four games over the same stretch, including close games against Martin County and Suncoast which cost them favorable playoff seeding.

“We have been playing very well. In fact, our best practice of the season was our last one,” Gailey said. “The guys have been working hard and really grasping a lot of the things we have been preaching all year, such as base running and defense.”

Royal Palm Beach (12-11) led off the bottom of the sixth inning with a single when Antonio Ruiz lifted a low curveball into center to record his second hit of the game. After a brief visit to the mound by Seminole Ridge, Trevor Lake responded with back-to-back strikeouts. Ruiz was able to steal second and third to put the winning run 90 feet away. Antonio Rolle came up to bat in a high pressure situation in front of his home crowd. Unfazed by the stakes, the senior was able to deliver a clutch infield single to drive in the go-ahead run that put the Wildcats up 6-5.

“I am naturally pretty calm. So the big moments don’t phase me much. I just try to focus and do my best to put the ball in play.” Rolle said of the tense situation.

The Hawks (11-10) jumped out with a two-run advantage in the top of the first inning. Sebastian Artolo stroked a single to center field to lead off the game. Artolo scored after a stolen base and a wild pitch. He accounted for three of the Hawks runs and three of the stolen bases on the evening. 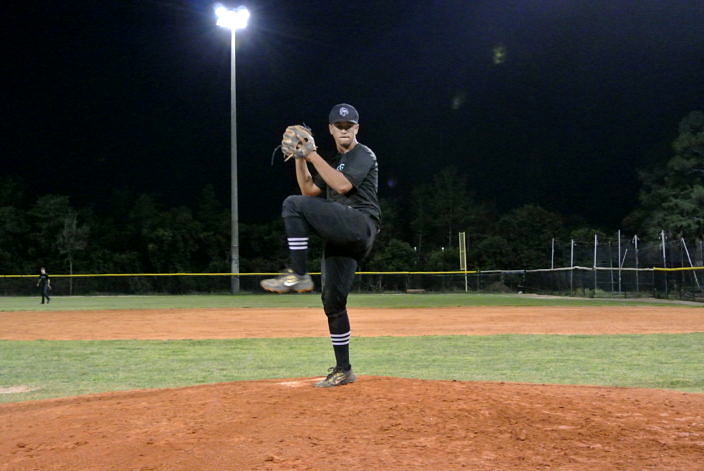 Royal Palm senior Luis Delgado did it all to help the Wildcats advance, recording two hits and two runs at the plate and striking out seven in shutout relief.

The Wildcats quickly tied the game in the bottom of the first after a double by Jeremiah Thomas and single by Luis Delgado put pressure on the Hawks defense and resulted in a botched pickoff play that scored a run. Shay Dokken provided an RBI sacrifice fly to tie the game at 2-2.

In the second inning, the Hawks pushed across two more runs when Kyle Andrew smacked an RBI triple into deep right field that ignited the Seminole Ridge dugout and put them ahead 4-2. Momentum briefly shifted toward the Hawks as they set the Wildcats down in order in the bottom half of the inning. Royal Palm Beach responded with a pitching change to quiet the Seminole Ridge bats.

In the third inning, the Wildcats pounced with back to back singles by Antonio Rolle and Thomas. Delgado followed with an RBI single and was promptly driven in when Branden Teitel sliced another single into right field. The hit parade put the Wildcats back on top 5-4. Royal Palm Beach Manager Thomas Coates told his players to simplify their approach at the plate.

“The bottom line tonight was that we needed to have good at bats,” Coates said. “And when we got a pitch to hit, we needed to put a good swing on it and put the ball in play. We were able to do that just enough to get the win.”

The Wildcats scratched nine hits across on the evening.

Pitching took over the game in the middle frames as both teams found their groove on the mound. There were only three combined hits after the third inning. Seminole Ridge starting pitcher Trevor Lake went the distance but took the loss despite striking out five in six innings of efficient work.

“His pitch count never got high,” Gailey said. “He may have hung a few breaking pitches. Otherwise Trevor pitched very well for us. But I give Royal Palm credit, they hit ball well tonight.”

The Wildcat bullpen was special. Mike Wall entered the game amid the Hawks rally in the second inning and extinguished the threat with a bigtime strikeout. He finished with four strikeouts and did not allow a hit in two-and-two-third innings, but the Hawks were able to manufacture a run off him on a passed ball to tie the game at 5-5. 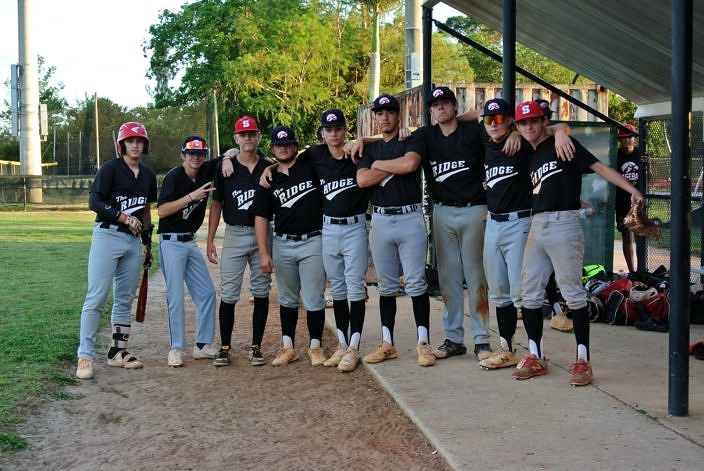 Royal Palm Beach senior Luis Delgado entered the game in the top of the fifth inning and took total control on the mound. Delgado fired a dizzying array of fastballs and curveballs that tied up Hawks hitters the rest of the way. Seven of the final nine outs were strikeouts.

“I felt like my fastball was really working tonight,” Delgado said. “So I used it a lot. When they made contact it seemed late so I would adjust speeds and throw the curveball to keep their timing off. The support and energy that my family brings kicks my game up a notch. I definitely felt them out there tonight. It was amazing.”

Delgado shut the door in the bottom of the seventh inning, punctuating the victory with back-to-back strikeouts to end the game.

Gailey praised his players effort after the game.

“I appreciated their hard work all season. We played well tonight. We pitched well. We played great defense. We hit in good spots. We ran the bases incredibly well. Unfortunately, it just wasn’t enough,” Gailey said.

Gailey looks forward to a bright future at Seminole Ridge, with seven seniors returning next year.

Royal Palm Beach advances to the semifinals to face the Martin County Tigers (20-3) on Wednesday on the road. The Wildcats lost the last meeting with the Tigers in a close contest, 6-5.