King’s Academy Rolls Past Newman To Claim 3A-11 Title 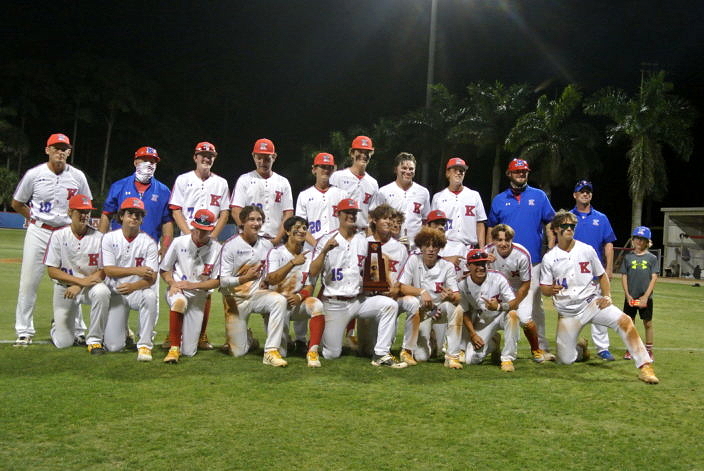 King’s Academy celebrates on their home field after winning the 3A-11.

The King’s Academy Lions (12-6) were crowned district champions for the first time since 2013, Thursday night on their home field in front of cheering family and classmates. The Lions took down the Cardinal Newman Crusaders (13-7) in five innings by a score of 12-2.

The Lions erupted for ten hits, four of which went for extra bases, and received a powerful pitching performance from Carter Gschwind, who took the win in relief.

King’s Academy Manager Jarrod Saltalamacchia took over the program at the end of the 2019 season and enjoyed early success going 9-2 before the pandemic cancelled the 2020 campaign. After the game, he was reflective of his time at King’s Academy.

“I’ve been with most of these kids since their freshman year. We’ve worked hard and may have competed for a district championship last season were it not for COVID. So it’s special to have achieved this with them, especially the seniors.” said Saltalamacchia, who has a championship pedigree himself, having won a World Series with the Boston Red Sox in 2013.

The game stayed close until the Lions pulled away in the third inning with a five run rally. The Lions hit around the order again in the fifth inning to close the game out early by virtue of the mercy rule. Every player in the Lion’s lineup scored a run. Seniors Matt Faranda and Kyle Barnowski led the way, driving in chunks of runs during both rallies. 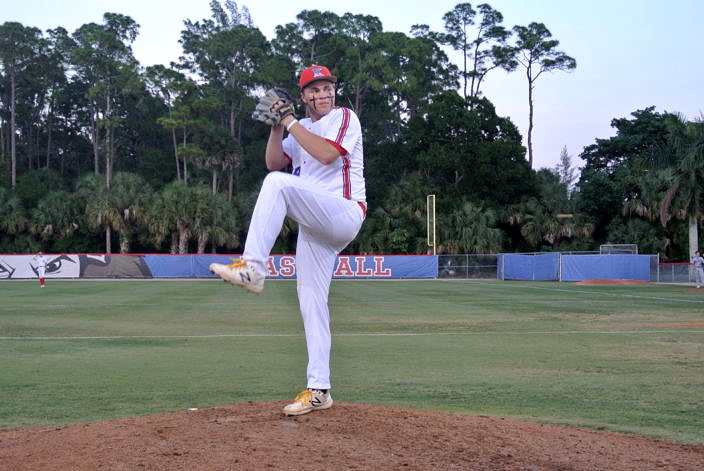 Barnowski credited the home field advantage for the offensive surge.

“We didn’t feel any added pressure to perform in front of our home crowd. If anything, it energized us.”

King’s Academy sophomore pitcher Carter Gschwind held Cardinal Newman hitless for three innings of relief work, striking out three and allowing a single run. The strong right hander relied on a dynamite fastball to stop the Crusaders in their tracks.

“I relied on my fastball a lot tonight.” Gschwind said “I was able to locate it to get outs. I had a little trouble with the curve but the fastball was always there when I needed it.”

Saltalamacchia said that the sophomore has routinely been put in tough situations throughout the season and has thrived in them. Today was no different as Gschwind replaced front line starter Augie Aronson when the Crusaders were threatening in the second inning. 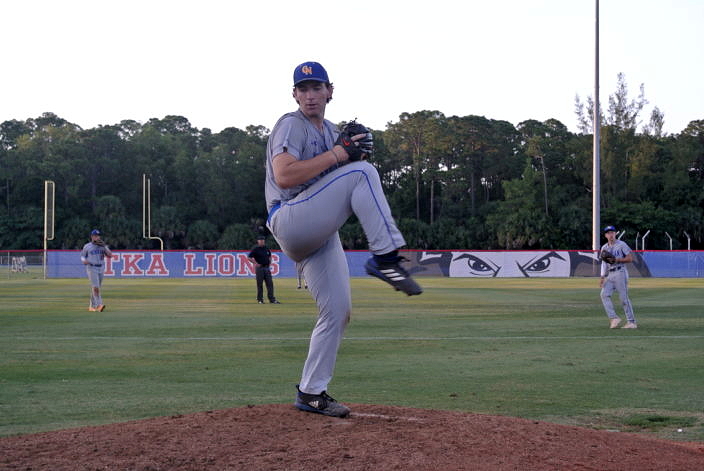 Cardinal Newman junior Jack Bello has been fantastic on the mound this season. But King’s Academy had his number on Thursday evening.

Cardinal Newman Manager Jayme Edwards admitted that his team did not play their best brand of baseball Thursday.

“We rely on pitching and defense to be successful and it’s hard to win when you don’t get either of those things, especially when you only manage three hits. But baseball is great in that we have an opportunity to get better tomorrow and prepare as best we can for a regional game next week. I know we are capable of using this as fuel to propel us into regionals.” said Edwards.

The Crusaders will now draw the 3A-12 Champion Saint John Paul Eagles in the regionals next week. Edwards was confident that his team will rebound from the loss and rise to the challenge.

King’s Academy will now face American Heritage in the regional bracket. But first, their manager has promised them some well deserved down time.

“With any win, I tell the guys they get to enjoy it until midnight. After midnight, it’s time to move on to the next game. For this one, I gave them 48 hours to enjoy it but then it’s back to work.” Saltalamacchia said with a smile.