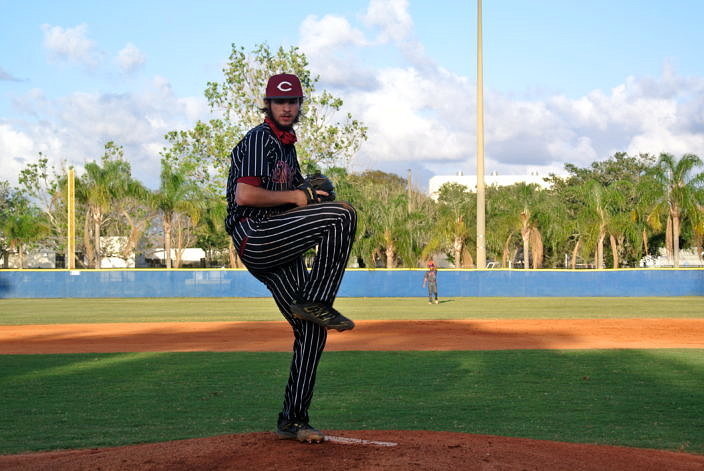 Two weeks ago, the Palm Beach Central Broncos (15-9) got bullied by the Wellington Wolverines (17-8) and took the bad end of a 12-2 game on the road against their district rivals. The loss embittered the Broncos. But they embraced the disappointment and turned it into fuel.

In every practice and game since, the Broncos had one goal on their mind: redemption. On Tuesday night the Broncos got their chance to avenge the loss and they did not waste it, downing the Wolverines 4-1 in their own backyard.

“We knew we weren’t going to face the same team we played a couple weeks ago” said Wellington Manager Scott Riddle. “When we beat them a couple of weeks ago, that was a great opportunity for them to regroup and decide what type of team they wanted to be. And tonight they showed up and declared they have not forgotten and they were very focused and prepared to end our season.”

The Broncos took the lead in the top of the first and never relinquished it. Palm Beach Central junior Cam Smith paced the Broncos offense going three-for-four with two doubles, two runs scored and an RBI. Defensively, Smith found yet another gear and made athletic plays all night at shortstop to halt any potential Wellington rallies.

“We came into the game with confidence. It’s a district rivalry, the biggest game of the year. I found energy I have never felt before.” said Smith before praising the impressive pitching performance of his teammate David Domis. 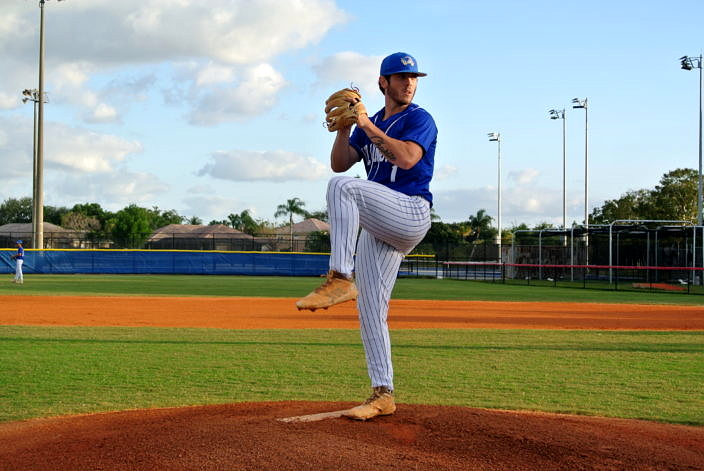 While Smith and company provided the offense, Broncos starting pitcher David Domis was nearly unhittable on the mound. The senior left hander commanded the strike zone and worked ahead all game. His first pitch strike percentage was over 75 percent.

In the early frames, the Wolverines had no answer for his changeup. When hitters made adjustments to time him, Domis changed speeds and began to lean on his curveball which was particularly effective on right handed batters. Domis carved out 10 strikeouts and allowed only three hits in the complete game victory.

He credited his teammates support for elevating his game to match the moment.

“My teammates helped me focus. They were behind me all night, working hard. We’re not even really teammates, we’re more like a family at this point we’ve been through so much. I just really appreciate all their effort. They gave everything they had for me.” Domis said.

For Wellington it is a particularly difficult loss to swallow as the Wolverines held a treasure trove of talent this year with 11 seniors contributing in big roles.

Starting pitcher Dawson Ball, who entered Tuesday’s game the division leader in strikeouts, will take his talents to FAU in the fall. Seniors Tyler Bean, Joey Guelli and Ball all hit around .350 this season.

Gavin Bogdanchik and Jackson Hugus, who finished among the division leaders in home runs, will be gone next year. Chandler Marsh and his 1.79 ERA will be throwing lightning for the University of Georgia next season.

“After the game, I told our seniors that this game will hurt for a couple of days. But the next four years of your life are going to be the most exciting time you’ll ever experience. And I want them to look forward to that, rather than agonize over what they left behind on this field.” said Riddle. 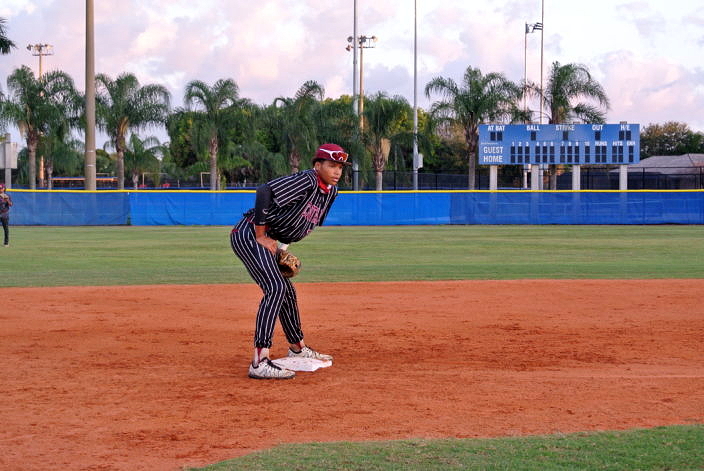 Palm Beach Central shortstop Cam Smith waits for the throw down to second between innings. Smith had a monster day to propel the Broncos into the District Championship.

The Broncos move on to face Palm Beach Gardens in the 7A-10 Championship. After the game, Central Manager Tony Gullo told his team to stay focused on themselves rather than opponents as it’s an approach that’s worked well for the Broncos.

“It doesn’t matter who we are playing. We just worry about ourselves.” Gullo said. “If we take care of what we need to, we will be fine. We were pounded by Wellington just a few weeks ago. Our guys remembered it. We have worked hard all season. We put in a lot of Saturday practices and hit the weight room religiously. But since that Wellington game, we have been all in. Our guys never doubted themselves. And I’m very proud of them.”