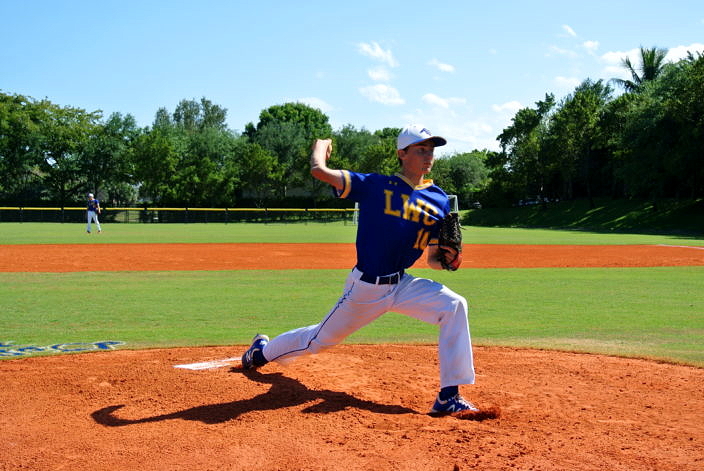 The Lake Worth Christian Defenders (7-3) erupted for 11 runs in the first inning en route to a fourth inning 15-0 victory over the Boca Raton Christian Blazers (1-8). The Defenders are firing on all cylinders having won their last three games by a combined score of 32-4.

Lake Worth Christian Manager Austin Johnson was happy but reserved after the game.

“We’re getting there. The goal is to peak at the right time. We have a lot of young guys that are learning how to play and as the season progresses they do as well. Today, we played a complete game. Alek dominated the strike zone. Our bats were aggressive. Our defense played clean. It was a good job overall.”

Boca Raton Christian wounded themselves in the first inning. Errors and walks combined to allow 11 runs on only two hits. Blazers starting pitcher Jordan Garcia endured a 59 pitch effort to get through the inning. The outing was unfair to the senior pitcher Garcia as he threw well enough to end the rally but was undone by fielding errors multiple times, forcing him to pitch relentlessly from the stretch instead of the windup and tiring him. He was relieved in the second inning by Matt Demott who was able to keep his pitch count under control. 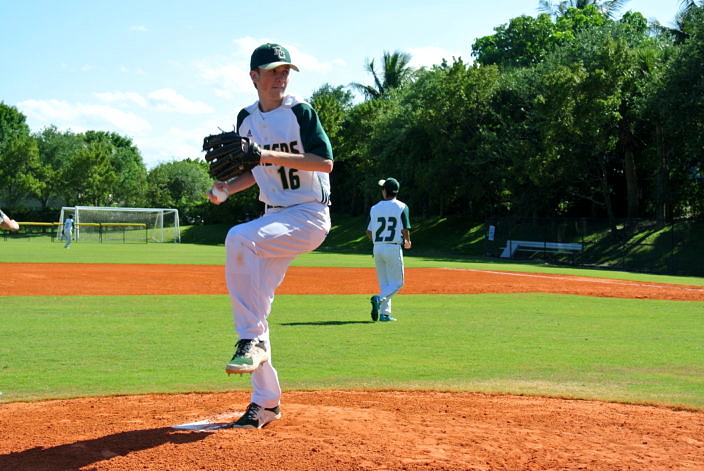 The Defenders sent freshman Alek Greer to the mound to face the Blazers and the young pitcher was prepared for the challenge.

“My approach tonight was to throw fastballs outside and I was able to throw them for strikes.” said Greer who no hit the Blazers in the four inning effort with eight strikeouts.

Offensively, the Defenders collected most of their ten hits in the latter innings. The Lake Worth lineup was led by juniors Anthony Chapman and Gavin Keene. Chapman recorded three hits and an RBI while Keene accounted for seven of the Defenders runs, scoring three times and driving in four.

“It’s a great win. I think we have a chance to make a run in districts. There’s obviously some good teams we have to face but things are clicking right now and hopefully we can keep it up.” said Keene who is also the Defenders front line starting pitcher with a district leading 1.31 ERA. 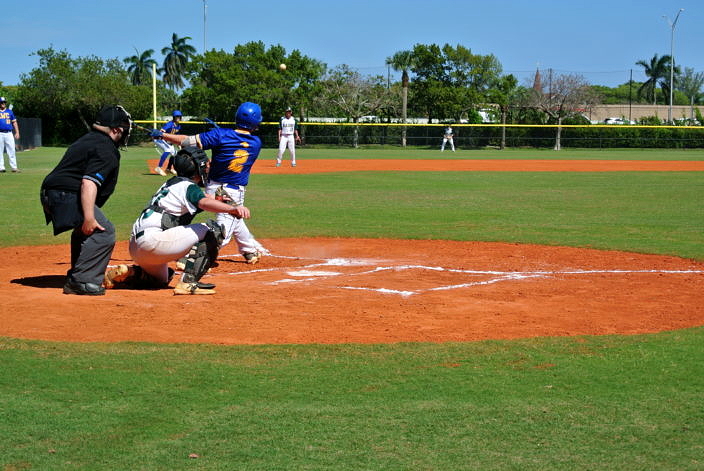 Defenders junior Anthony Chapman collects one of his three hits on the day with a single to left field.

Boca Raton Christian is a developing program led by Sean Paul Cronin II, a first year coach at the young age of 23.

“I have been pleasantly surprised by this group. Coming in as a young coach to a bunch of young guys I expected to have to take a hard line approach and whip them into shape to get them to respond. But I have learned that if you show them respect and show them love – they will respond in kind, they’ll work harder and they’ll be more open to learn as well.” said Cronin who credits his team’s shared faith as the foundation he plans to build the program upon.

Coach Cronin explained that the goals for his program go beyond the win-loss record.

“Hopefully I can teach these young men that hard work and dedication are what get you to the next level, in this game and life.”