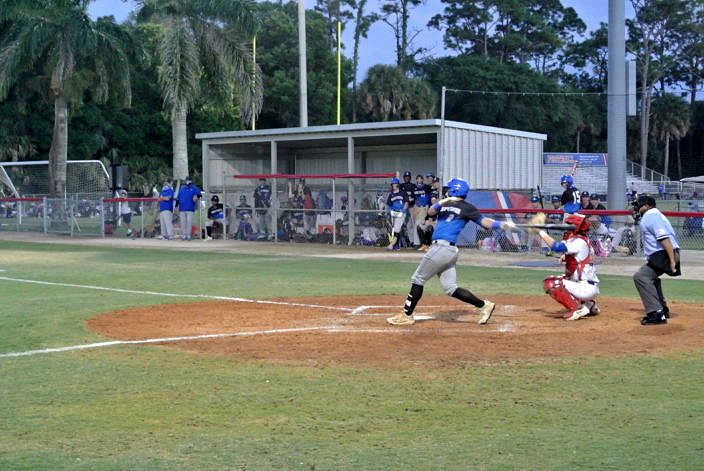 The Park Vista Cobras extended their winning streak to seven games with a 4-2 win over The King’s Academy Lions Tuesday Night at the West Palm Beach King’s Academy campus. The Cobras have snuck up on some teams this season after losing 11 seniors but they are playing with the confidence of a contender.

“Our goal is to win the state championship” said Cobras centerfielder Javier Soto after his sixth inning home run cemented the win for Park Vista. Soto displayed a self-assurance that was symbolic of his team’s hot streak.

Lions junior Elias Machado led of the bottom of the fifth inning with a line drive into the right center gap but was gunned down sliding head first into second by Soto, who made an incredible throw to defang the Lions attack before it started. Soto rode that wave of energy into his at bat in the top half of the next inning.

“I felt incredible going into the at bat. I was pumped up from the play I made in the field right before. I was seeing the ball well and I knew I was going to do something with the at bat. And then I got a fastball, mid high inside and I turned on it and took it out. ” Soto said of the homerun that put the Cobras ahead 4-2.

The Cobras remain undefeated on the road and have not lost a game in three weeks despite facing tough programs like West Broward and Forest Hill. 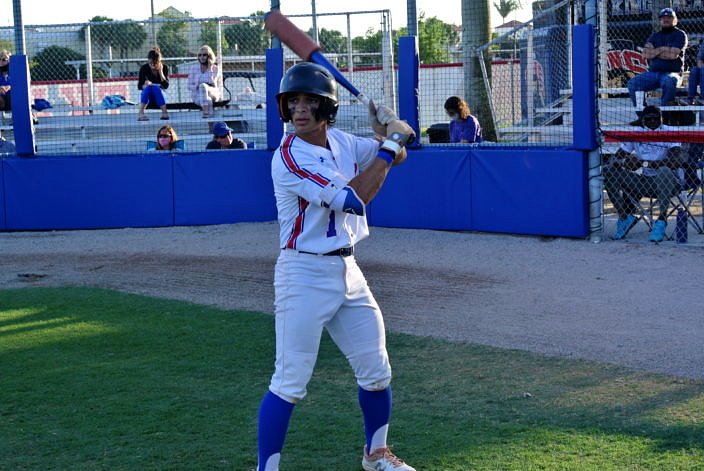 King’s Academy kept the contest close with a solid defensive effort that yielded no errors and a trough of pitching depth. Four Lions pitchers combined for 10 strikeouts on the evening. The Lions even took the lead in the third inning after Machado scored on a Ryan Pender RBI single to left field to tie the game at 1-1.

The Lions went ahead on a passed ball to briefly go up 2-1. Park Vista reclaimed the lead next inning. King’s Academy was in the game until their final at bat but simply could not get traction offensively.

“We fell behind against a good team. And it’s hard to come back when you’re not getting on base. At the end of the day, pitching and defense wins games and our defense was good but we just couldn’t produce the offense to match tonight.” explained King’s Academy Manager Jarrod Saltalamacchia.

Park Vista right hander Colin Cassell controlled the action with a mix of fastballs and changeups that prevented King’s Academy from finding their groove. Cassell held the Lions to five hits and threw 67% of his 85 pitches for strikes to earn the win. Cobras senior Chris Antle closed the game by setting the Lions down in order in the final two innings for the save. 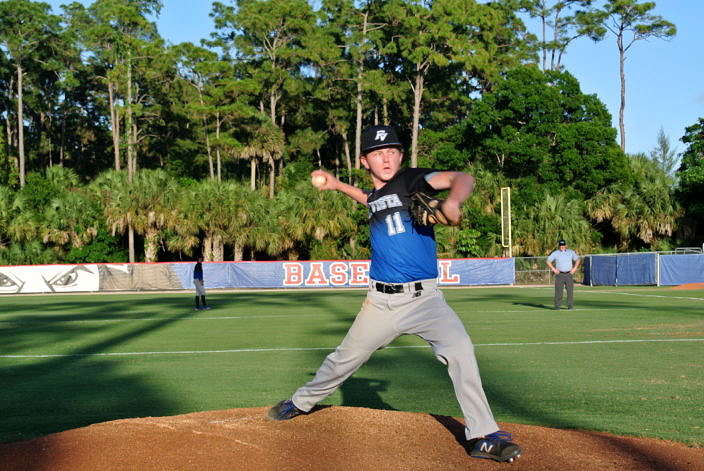 After the game, both coaches preached about the importance of the finer points of the game as the stacks get higher with the playoffs looming closer by the day.

“I have to give my guys credit, they competed tonight. We’ve had guys step up in the wake of losing 11 seniors,” said Greenstein. “But we need to do more of the little things like getting bunts down and backing up throws. Because in the playoffs and against good teams like this, you can’t rely on the extra base hit or the long ball.”

On the other side, Saltalamacchia used the loss as a teaching moment for his team.

“Every game is a learning opportunity. We talked about the stuff that we could learn from tonight – the little details like cutoffs and proper angles to track balls. Because when you get into districts and state championship games, the details make the difference.”