Bobcats Cruise Past Lions In Battle Of Boca 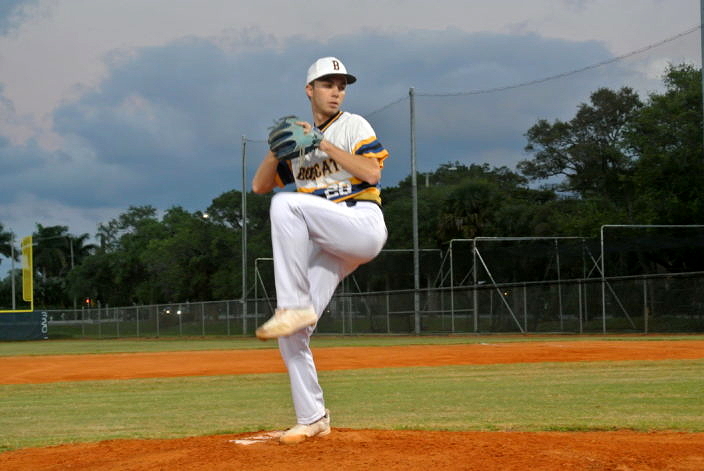 Boca faced Olympic Heights at home Thursday night in a game that always plays as bragging right for the city of Boca rivals.

The Bobcats batted around the lineup in the third and fourth innings, turning what is usually a competitive game, into a one-sided affair. The end result was a 12-0 Bobcats win.

High school baseball can be brutal when every bounce goes the wrong way and nothing seems to go in your favor. Such was the case tonight for the Olympic Heights Lions; a team that approaches the game the right way, with an ethos of hard work, integrity and a deep care for one another.

Olympic Heights Manager Casey Beck took ownership of the loss and gave an honest appraisal of his team.

“We quit on ourselves tonight. We did not have control of our emotions. I take full responsibility for what happened tonight. Boca is a very good team. But the way we played today is frustrating. Luckily with baseball, tomorrow is always another day, and we have a chance to bounce back against Santaluces.” said Beck. 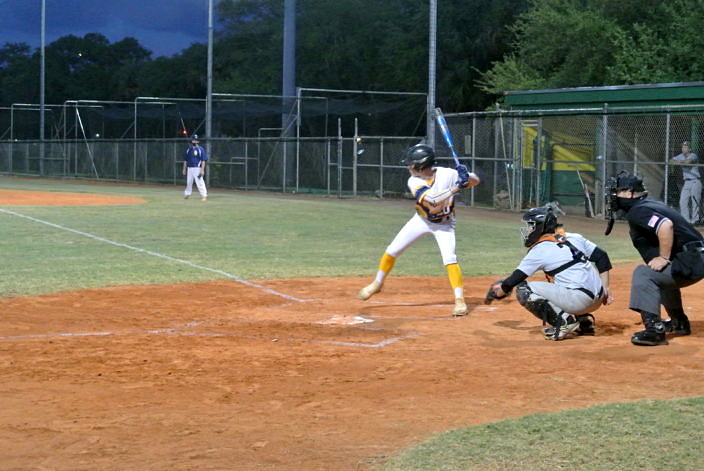 Boca Raton freshman Cameron Parks Fucci loads up to drive one of his three hits on the evening.

In the other dugout, Boca Raton Bobcats Manager Ken Muller offered a tempered perspective on his teams win.

“You’re never as good as your wins, and you’re never as bad as your losses.” said Muller, who has now won four straight games at home this season. “Some days everything falls into place and you look like a million bucks. And other days you struggle on things you never struggled with before. Tonight we hit a ton. But we have had games where we only managed two or three hits.”

Every Bobcat in the lineup recorded a hit Thursday night.

The Bobcats have an treasure trove of talent in their freshmen class.

“The one thing that really needs to be known about us that is truly amazing is that we have four freshmen starting this year. It’s the only time in all my years of coaching this has happened. It’s special because our group of seniors have taken a huge leadership role on this young team. Most teams require discipline and routine everyday to buy in, but these guys just get it. Some days I show up, the senior leaders take over and I just get out of the way and try not to mess things up. It is an amazing, amazing group this year.”

“I am extremely confident in this team. We have beaten some great programs this season. Our hitters are locked in. Our pitchers are throwing strikes. We’re solid on defense. And we don’t overlook the small things either. We drop bunts cleanly and run bases really well. It’s an exciting season.” said the senior, who shut Olympic Heights down for four innings. 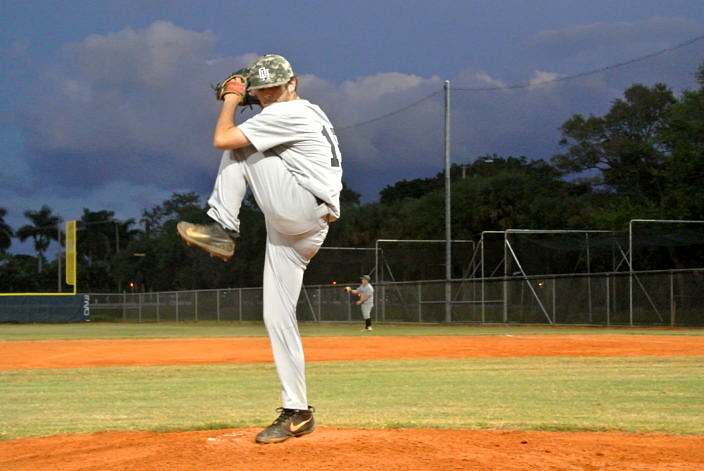 Bernkopf worked efficiently, recording 44 strikes on 57 pitches for five strikeouts, no runs and two hits. He was relieved by sophomore Jeff Bielec, who also employed an impressive arsenal of pitches to strike out the side in the fifth and end the game.

Olympic Heights get a chance to rebound on Friday Night against Santaluces Chiefs (6-1) at 6:30PM at the Santaluces Sports Complex in Lantana.

Boca will face the Atlantic Eagles next.