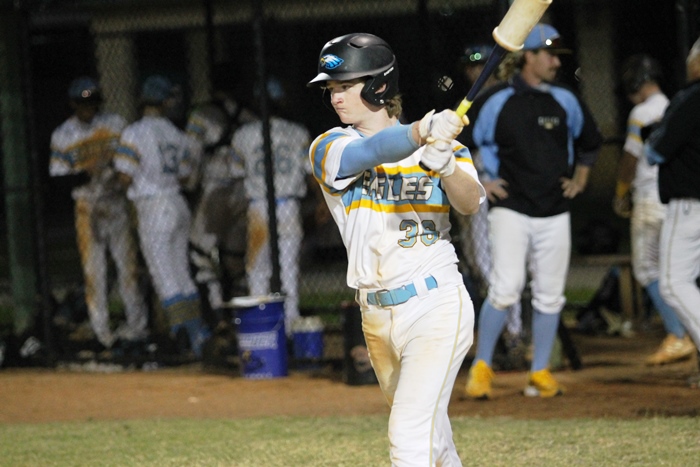 The HSBN / Hofball March Mandess Palm Beach tournament schedule came out long before the HSBN Palm Beach Power Rankings did on Monday. But when those rankings came out, Palm Beach Gardens at 9-0, and Saint John Paul at 8-1 were the top two teams in the rankings.

As fate would have it, the two teams squared off in pool play of the tournament on Tuesday afternoon, and it was the Eagles who took down the top team in the county, 4-1.

“We don’t get too caught up in the rankings,” said Eagles Manager Pete Graffeo. “But we knew we were playing a very good baseball team, and we think we have a good team also. It was a well played game, and our guys played well all around. It was a nice win.”

While many teams have fought early in the year to overcome the rust of a choppy offseason due to COVID, the Eagles and Gators have come out of the gate firing on all cylinders. The game Tuesday reflected that, with each team playing strong defense, and having multiple chances to score.

St. John Paul jumped on Gardens starter Dominic Stagliano in the top of the first. Ryan Shiflet led off with a double, and the Eagles had runners on first and third when Gage Adams singled.

In their half of the first, the Gators immediately responded when lead-off hitter Aidan Meola launched a home run. 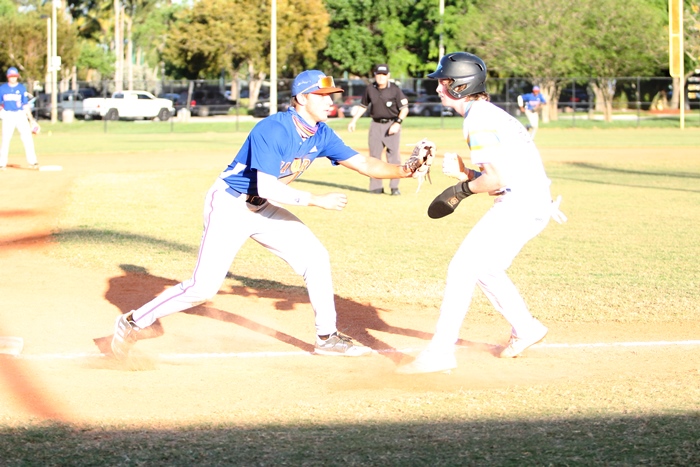 That would be all that St. John starter Gavin Adams would give up on the day. Adams threw five innings of four-hit ball, before giving way to Freshcorn in the final two innings.

“Games like this are fun,” said Adams. “I just tried to come out and pound the strike zone, and my defense did a great job behind me today. We all play so well together, so games like this, we really don’t feel the pressure.”

It was the Eagles that applied most of the pressure on this day, using a charged up dugout to add solo runs in the fourth and fifth, expanding the lead to the eventual final, 4-1.

The run in the fifth was driven in by Vincent Carignan, who finished 2-for-3, with a walk and an RBI.

“Offensively, we wanted to come out aggressive and put pressure on them,” said Carignan. “We have been known to play to our opponent. When we play teams we should beat, we have played down to them. But when we play the top teams, we have risen up and had games like we did today.”

So what is at the heart of the Eagles 9-1 start? Carignan thinks he knows the secret formula to why his team is succeeding early this year, while others are struggling to find a rhythm.

“Most of us have played together since we are in 7th grade,” said the senior. “We are not like a lot of these other teams that load up their rosters with transfers in their senior year to try and win a state title. We have been playing together a long time, and we all know what to expect from each other, and love playing together.”

On the other side of the field, Gardens Manager Joe Russo had nothing but praise for what he saw from the Eagles.

“All the credit has to go to them today,” said Russo. “They played a great game. It is a long season, and games like this are going to happen. They are character-building games.”

The Gators had several chances to rally in the game, hitting balls hard, but watching the Eagles make some big plays to end innings. 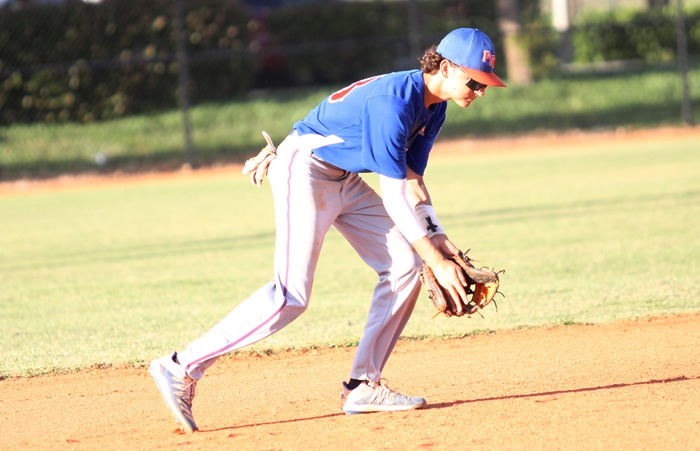 The biggest evidence of that came in the bottom of the sixth, when Gardens when a one out walk to Kris Blanks, and a single by Nick Espinosa, brought the tying run to the plate.

Meola, who homered earlier, then scorched a line drive that Carignan snagged at shortstop, and turned it into an inning-ending double play.

“That is the way baseball goes sometimes,” said Russo. “Nobody thought we were going to go undefeated this year, and we have started real well. I knew at some point we would lose a game or two. Now we get to see how we bounce back for the first time this season.”

The good news for the Gators, is while they lost the game, they became the first team in the bracket to clinch a spot in the semifinals. Thanks to tiebreaker rules, and only four runs allowed in their two pool play games, Gardens will play in the semifinals on Thursday.

As for the Eagles, they will face Boca on Wednesday afternoon. A win will put St. John into the semifinals as no less than the two seed. If they lose to the Bobcats, tiebreaker rules will determine their fate.

In the other bracket, West Boca and Grace Christian have already qualified for the semifinals. The two will play Wednesday to determine which will be the bracket winner.