Dwyer Wins Back And Forth Affair Over PB Central 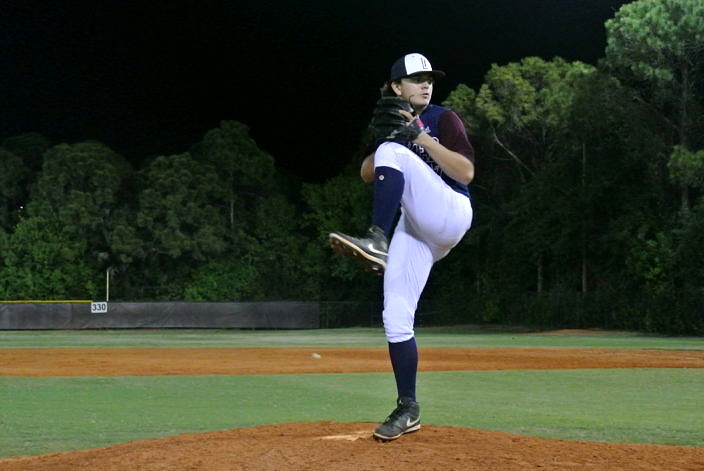 Dwyer freshman, Nick Rovitti with a clutch pitching performance late in the game for the Panthers.

Dwyer Panthers hosted Palm Beach Central on Monday in a battle of two teams expected to be among the best in Palm Beach this season. The teams delivered a bit of everything, highlight reel defense, primetime pitching, clutch hitting and untimely errors.

The teams traded blows throughout the game like a prizefight with several lead changes, but in the end the Panthers did enough to secure the 8-7 victory.

“Our guys came with a lot of energy against a really strong team like Central, and we got behind early but never gave up and we kept battling. We’re proud of the effort tonight by our guys.” said Dwyer Panthers manager Alex Morales.

His team improved to 2-1 on the season with the win.

The Broncos drew first blood when they took an early two run lead in the first inning powered by senior Carmine Mercadante, who clubbed a double into the left-center field gap that scored two runs.

The resilient Panthers came right back with two runs in the bottom half of the first. Junior catcher Raul Feliz hammered a double on a 3-0 pitch to lead off the inning. An errant pick off attempt resulted in a pair of runs scoring to tie the game at two. 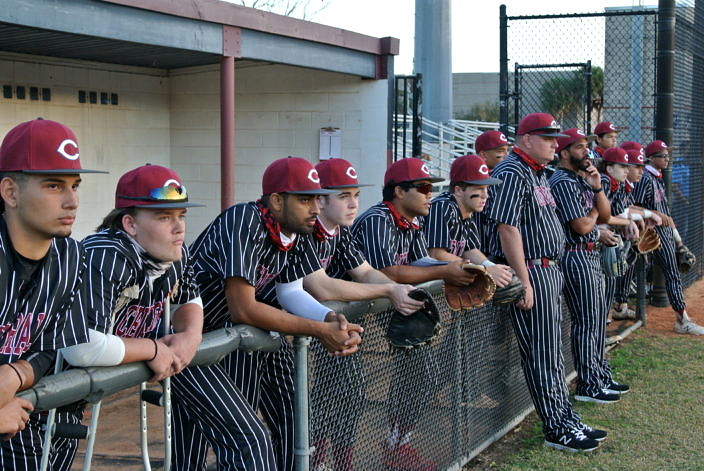 The Palm Beach Central Broncos dugout focuses on game against a stubborn Dwyer Panther squad that would not quit.

Both teams notched a run in the second inning to keep the game tight at three runs a piece, but defense in the inning prevented either team from scoring more.

Feliz made several impressive blocks behind the plate to prevent runners from scoring.

Central responded with a spectacular defensive effort by right fielder Kieran Etwaru, who made a sensational diving catch for the third out which would have scored two runs for Dwyer.

Dwyer pitching found a groove in the middle frames.

Starting pitcher, Max Iervolino did not allow a Central baserunner in the third or fourth innings. The junior right hander kept the Panthers in the game with deceptive off-speed pitches he used effectively over four innings. Iervolino left the game in the fifth inning with the lead after striking out two, walking one and allowing three runs.

On the other side, Broncos starting pitcher Sam Orozco had great command of his pitches for stretches of the game. The hard throwing senior worked a biting curveball to great effect. He recorded five strikeouts and one walk over three innings. Throwing errors by the Broncos infield inflated his pitch count and he was lifted in the bottom of the fourth amid a Panther rally.

The Dwyer hitters took advantage of Central errors in the fourth inning. Raul Feliz drew a walk to load the bases for Dwyer. A passed ball would give the Panthers the go ahead run. Junior centerfielder Jack Savery then slashed a single that put the Panthers ahead 7-3.

The Broncos offense came alive the following inning. After two quick outs, the Broncos went on a hit parade with four singles by David Doumis, Cam Smith, Kieran Etwaru, and Brody Gullo. Errors in the Panther infield allowed the Broncos to score four runs and tie the game at 7-7. 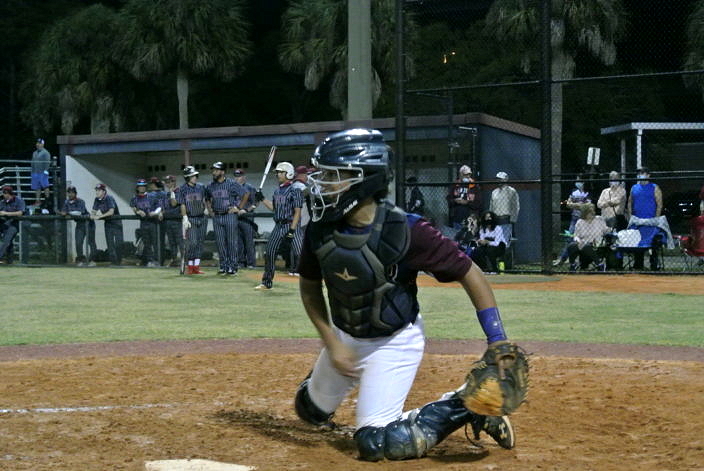 Dwyer relief pitcher Nick Rovitti, a freshman, silenced the Broncos offense the rest of the evening. The young pitcher display good control notching four strikeouts in two innings without surrendering a hit or a run.

The Panthers took the lead in the bottom of the sixth. Raul Feliz reached base for the fourth time with a walk. Jack Savery delivered in the clutch again with a scorching double that scored Feliz and put the Panthers ahead for good.

“I knew I had to do something to put us ahead.” said Savery. “With Raul ahead of me, he’s always on base. It puts me in big spots and I just want to do whatever I can to help us win.”

“That’s a good team over there. But we felt like the throwing errors and mental mistakes hurt us too much. Hopefully this team takes this experience and builds on it. Our guys are young, they’re learning, they’re hungry. We’re not pressing the panic button. We’re gonna keep working.”

Central gets back to work Wednesday when they visit the John I Leonard Lancers(0-1) at 6PM. Dwyer will be back on the field today facing the Suncoast Chargers (0-3) on the road at 6:30PM.