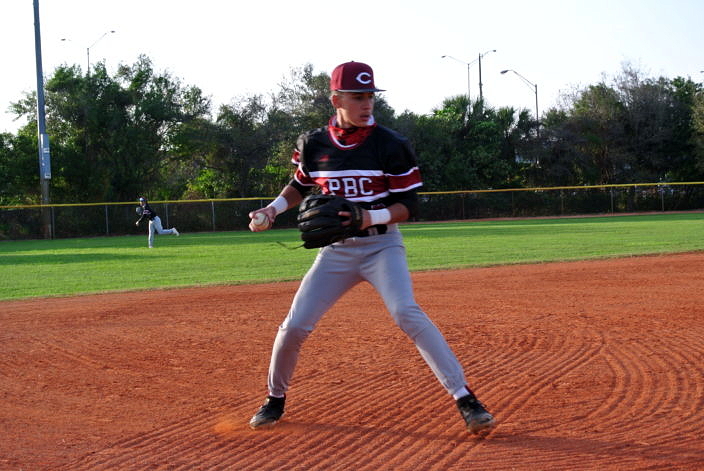 Suncoast and Palm Beach Central entered tonight’s City Tournament kickoff recovering from a fraught 2020 season. The Chargers had nine seniors forfeit their final high school season last year due to the crisis. The Broncos were one of the Final Four teams in the state at the end of 2019 and reloaded with 12 seniors in 2020, before their chance to repeat was cut short.

On Monday, the Broncos showed they were a force again in 2021, winning the opener 15-0.

“It feels like hard work paid off. We made the most of our quarantine. We never quit. We just kept working hard. And it paid off for us tonight.”

For his part, Orozco was terrific. He kept Chargers bats quiet all night with five strikeouts in three innings. He combined with senior Shaun Wadsworth on the shutout, executing a plan of attack to keep hitters off balance without over using their best pitches.

The Broncos offense broke the game open in the second inning. Junior Juan Hung took the first pitch of the inning in the ribs. The Broncos followed with perfect bunts by sophomore catcher David Urrutia and junior third baseman Freddy Rodriguez, to load the bases.

Logan Szrejter grounded out to second but added an RBI, the first of five from Szrejter on the night. Junior shortstop Cam Smith then crushed a two strike curveball into leftfield for a home run.

“He had a good curve,” Smith said of Chargers pitcher Parker Kelly.

“He had me down one-two in the count. I just stayed back, loaded for the curve, and put a good, short swing on it.”

The blast put the Broncos up by five runs and they never looked back. They added ten more runs in the next three innings, powered by a Szrejter grand slam, and four runs scored by Juan Hung.

After the game, Chargers manager Jimmy Beno reminded his players that “they are more talented than they showed tonight.”

Beno was disappointed that they came out flat after playing two very good exhibition games last week against great teams. 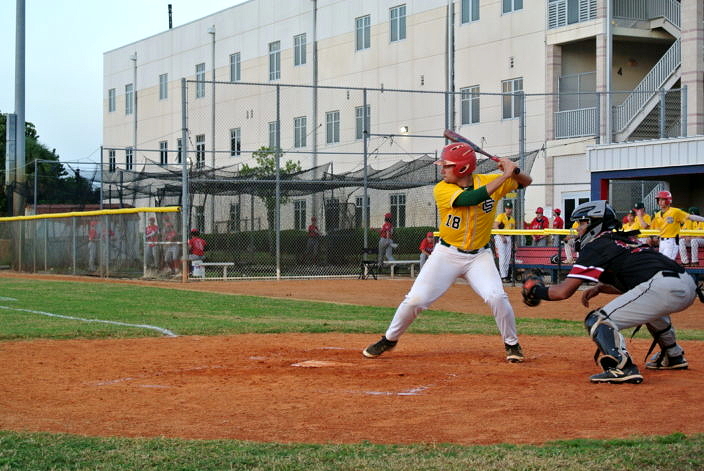 “We have to find some fight. We have a long season ahead with a hard schedule, by design. Our goal is to get better everyday and build our program by getting the guys to buy into the culture.”

His counterpart, Broncos Manager Tony Gullo was equally optimistic in his thoughts.

“We know Suncoast has a very good, solid club,” said Gallo. “We just put pressure on them and the plays went our way. It feels great to be back. I am super happy with the effort by our guys. They have been putting in the work for months now. But we told them not to get big-headed, we told them if they don’t come focused tomorrow, we are going to be on the losing end of things. The most important game is the next game.”

The next game for the Broncos is tomorrow at 5PM against the Seminole Ridge Hawks. The Chargers get a chance to restart their season tomorrow as well, when they face host Forest Hill at 7:30.