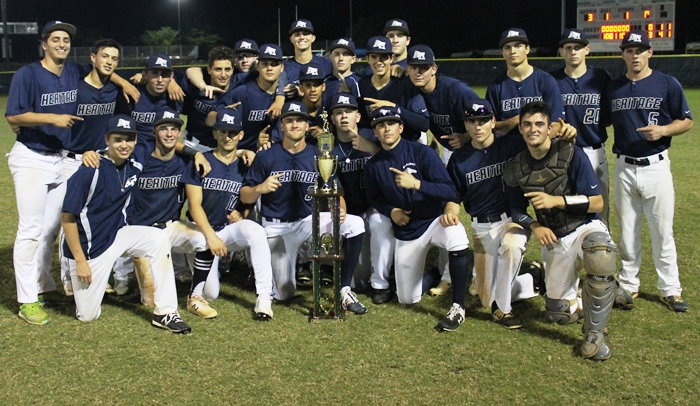 Picow Family Stadium was buzzing before first pitch of the HSBN South Florida Private School Challenge championship clash between the St. John Paul Eagles (6-3) and American Heritage Stallions (9-0). These top-tier programs share a proud history of battles against one another and tonight’s contest was no different.

Left-handed ace, Nelson Berkwich was given the ball for the Stallions in front of the home crowd and he controlled the game from the onset. His commanding fastball set the tone as he struck out the Eagles side in the top of the first inning.

“I attacked with the fastball the first time through their lineup; the second time through they began to make adjustments so I worked in my breaking pitches,” Berkwich said. “I always try to command all my pitches. When the hitters timed my fastball I relied on a change-up to keep them off balance.”

The senior southpaw finished with 13 strike outs, allowing only two hits and no runs, before Jaxton Pastore took over to close the door for the Stallions in the sixth and seventh.

The Eagles came into the bout riding impressive victories in the HSBN tourney over Miami Christian and Miami Brito.

“We played a good game. We played a good team, talented team.” said Eagles Manager Peter Graffeo “Hats off to Nelson, he threw a great game. We only got two hits. They only had two more than that, but they made the most of those hits and that was the difference.” 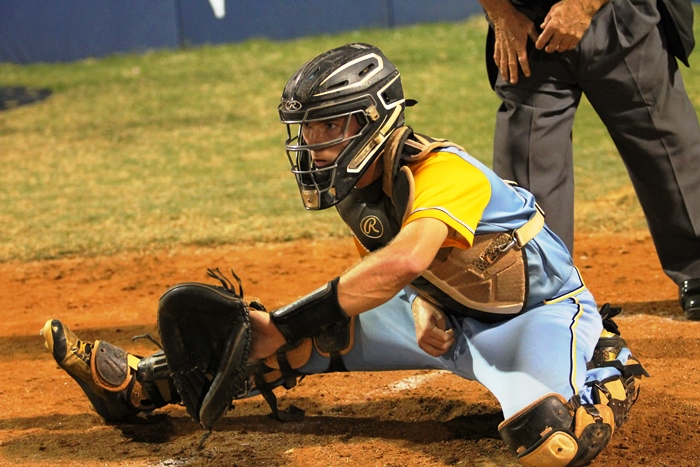 “Gavin was very good tonight. He has made tremendous strides in his development since the summer. I have no fear with him on the mound.”

Graffeo told his team to keep their heads up as they get another shot at the Stallions on Tuesday.

Heritage catcher Dylan King put the Stallions up in the bottom half of the first with an RBI single to center. It was all the offense Berkwich would need to steer the Stallions to the championship.

Heritage struck again in the fourth when Jacob Lojewski scorched a full-count curve ball to deep center field for a triple to start the inning.

“The past couple games I have been struggling against the curve. So after seeing a few fastballs to work the count, I adjusted for the curve and put a good swing on it,” said Lojewski who scored later that inning on a Jason L’Etoile single.

Heritage manufactured an insurance run in the fifth when Sophomore Joseph Tomonto turned a hit-by-pitch into a run after stealing two bases. Left fielder Sam Morrison plated Tomonto in the following at bat with a hard hit single. 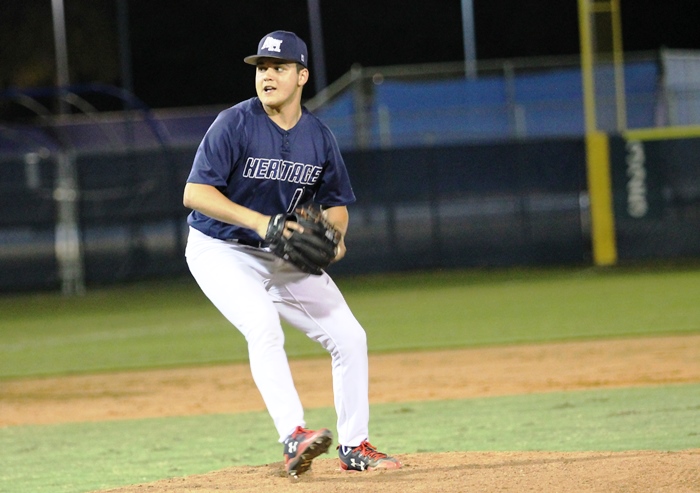 The Heritage dugout was bouncing all night. Players kept each other loose and confident with dances and playful chants from first pitch until the final out.

“These guys have been together so long, they play for each other at this point, they play for what’s on the front of their jersey,” said Stallions Manager Carm Mazza. “This is a senior heavy group attacking their goals and so far they are doing pretty well.”

Mazza complimented the rival Eagles by saying he was not looking forward to playing such a good ball club again next week.

“They have good at bats. They compete all night. Both guys were strong on the mound. That’s a good baseball team we have to play again on Tuesday.”

The undefeated Stallions are off until they face the Eagles again on Tuesday, while St. John Paul visits Olympic Heights on Monday before the rematch.