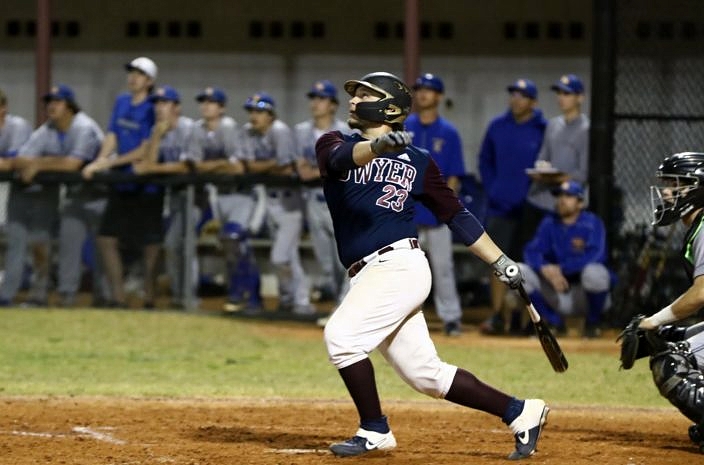 Raul Diaz was 1-for-3 with two RBIs for Dwyer. *Photo courtesy of Duane C. Long.

The Dwyer Panthers kept their winning streak alive thanks to relentless offense that helped pave the way to an 11-4 comeback victory over the Cardinal Newman Crusaders, at home on Friday night. After falling behind by four runs in the top of the first inning, the Panthers (6-3) scored 11 unanswered runs for their fourth consecutive win.

Every batter in the starting lineup reached base and contributed for the Panthers. Will Morales was 3-for-3 with a double, two RBIs and a run to lead the way, while Dylan East went 2-for-3 with two RBIS and two runs and Cody Damon was 2-for-4 with an RBI and a run. Sean Ng was also 2-for-4 and drove in a pair and Raul Feliz scored three runs. 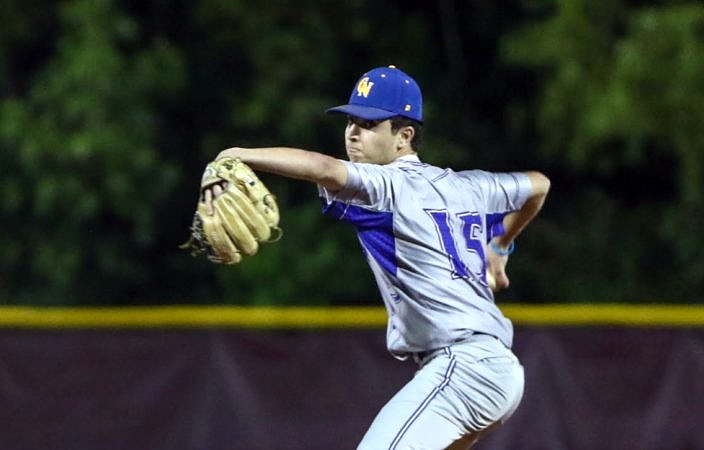 The Crusaders (3-3) burst out of the gate and grabbed a 4-0 lead with a monster first inning. Carlo Schiappa got it started with a lead-off single and Roman Anthony drove him in with an RBI single. Chris Lacour kept it going with a base hit and Andy Sabugo followed with an RBI single. Jack Bello then put the ball in play and reached on a throwing error that allowed two runners to score.

Lacour led Cardinal Newman in going 3-for-4 with a run, and Anthony went 2-for-3 with an RBI and a run.

The Dwyer bullpen stepped up with six scoreless relief innings to help allow for the comeback. Jorge DeCardenas earned the win, as he struck out nine in three-and-a-third scoreless innings of work. 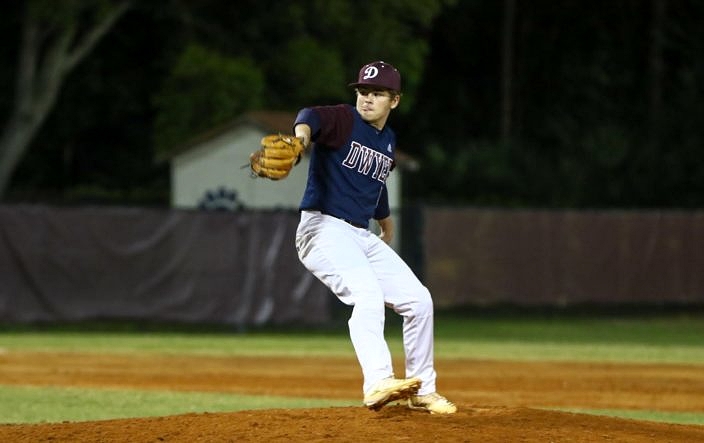