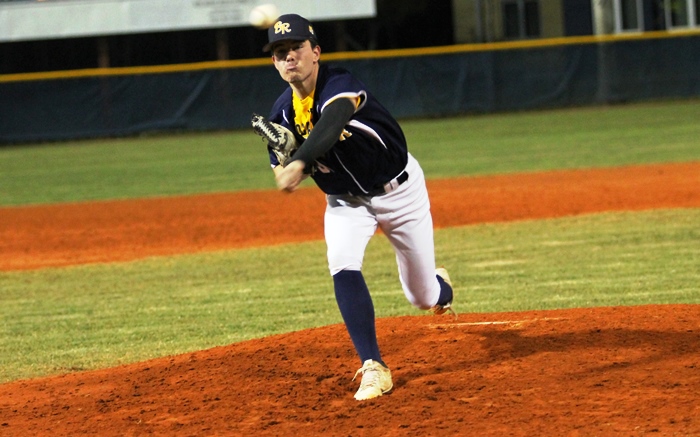 When Boca and West Boca get together, it can be assured that the game will be filled with emotion. The crosstown rivals have been facing each other for decades, with the teams trading blows from year to year like a heavyweight battle of top contenders.

On Tuesday, it was no different, as the Bobcats and Bulls squared off for city bragging rights. In the 2020 version of the rivalry, it was the Bobcats that used a first inning three run home run, and a surprise mound performance from Alex Recio, to secure a 7-2 win.

“We had a situation where our starter for the night was caught up in traffic, so we called on Alex to make the start,” said Boca Manager Ken Muller. “And the way he performed tonight, is the reason I am out on the field each day. To see him step up was something that he will always remember when his playing career is over, and that is special.”

What Recio did was stymie the West Boca offense. The senior gave up two runs in the first inning, but then settled in and through six innings of no-hit baseball.

“From the second inning on, I felt like I was in a groove,” said Recio. “That first inning was a bit rocky, but I was able to settle in and start hitting my spots, and from there I knew I wanted to finish the game.”

Late in the game, Muller contemplated pulling the righty, but the senior was having none of coming out of the game.

“I kept asking him if he was ok, and wanting to make a move, but he kept telling me he was good, and that he had never thrown a complete game in his career. His performance made it impossible for me to pull him, so we let him finish the game. He did an incredible job tonight.” 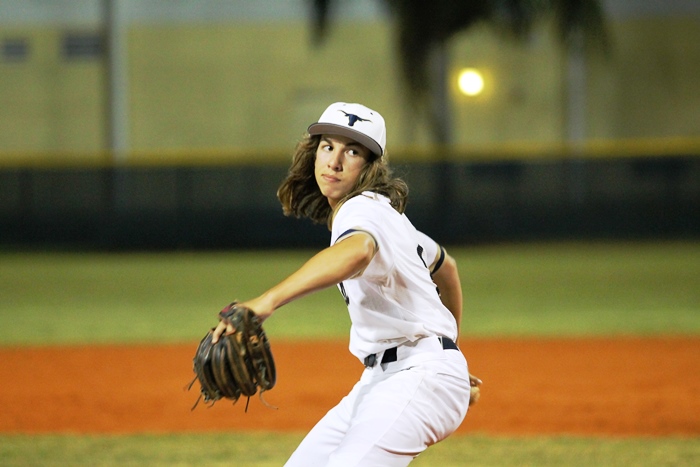 As for the Bobcat offense, all the runs they needed on the night were provided by Ivan Markel. The junior launched the first home run of his career, a three run shot in the first inning, that gave the Bobcats the lead, and set the tone for the game.

“I knew I had guys on base, and really all I was trying to do was make contact and hit a single to keep things going,” said Markel. “I took a couple of good pitch strikes, and when I finally swung, I thought it was going to be a flyout. Then I couldn’t see the ball, and realized it went over the fence, and I was like, ‘Did I just hit my first home run?’. It was a great feeling to give our team the lead.”

After the two teams combined for five runs in the first inning, the offense disappeared until the seventh. For West Boca, after a short outing from Adam Goldman, who had been steady for the Bulls so far this season coming into the game, Corey Kling took over and kept the Bulls in the game.

“Adam has been good for us so far this season,” said West Boca Manager Mark McCoy. “Tonight, he struggled a little early with location, and it cost him a few runs. But we are in a growing process, and I know he has the ability to get the job done for us. I have confidence in him.”

As for Klings performance, mcCoy knows the outing Tuesday will help down the road.

“Corey did a good job of coming in and keeping us in the game. The bats were never able to get going, but knowing that Corey can provide that type of security on the mound will help us down the road.” 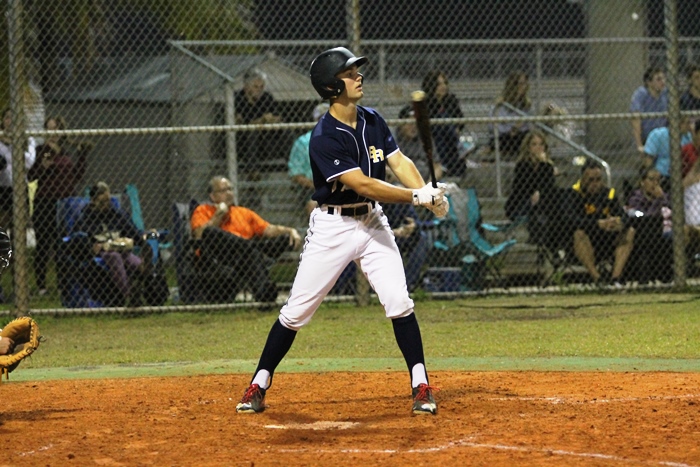 Boca has now won three out of four, with their only loss being a 1-0 defeat at the hands of undefeated Park Vista. West Boca is 3-2, and McCoy fully understands where his team is at moving forward.

“We know we are young, but these guys have worked harder than any program out there. We have been going nonstop since June. We keep telling them, early in the season, the results don’t matter. We want to be ready to play our best baseball at the end, and I think we are on the right path for that.”

Muller sees the same expectations in his club.

“We are playing well right now, and we want to continue to get better as the season progresses. Games like tonight will help us get where we want to go as a team.”