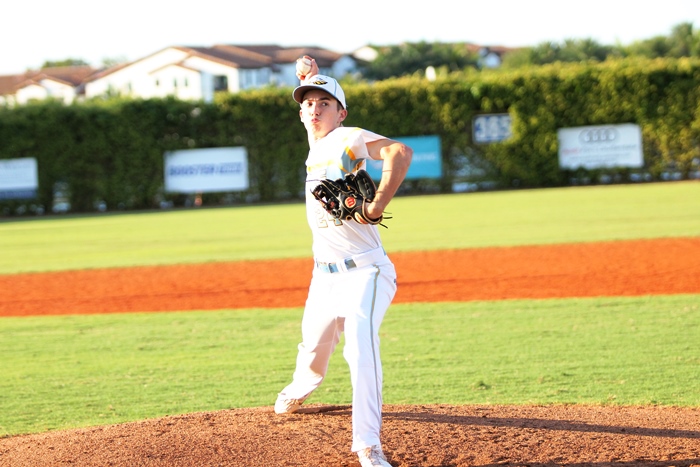 The 2020 St. John Paul Eagles came into the new season without an identity. Gone were the big bats that fueled last year’s offense, replaced with question marks throughout the lineup. On Thursday, the Eagles once again showed that this year’s version has already developed their style.

The Eagles scored six runs in the fifth, sixth and seventh innings, and cruised to a 7-1 win over Westminster Academy.

“We know this year we have to be scrappy,” said Eagles Manager Pete Graffeo. “We have to focus on putting the ball in play, and making things happen on the bases. We had some baserunning miscues today that we have to clean up, but for the most part, we played the type game we need to play to win games.”

The Eagles won their second straight game in the HSBN Private School Challenge, and third straight win overall. With the win, the team moved to within one win of reaching the semifinals of the tournament.

“This early in the year, you want to play in these type games that have meaning,” said Graffeo. “We want to try and see the best competition, and challenge ourselves, this way when it comes down to playoff time, we have been through the battles and are ready to compete.”

On the other side of the field, Westminster Manager Ernie Gonzalez is in his first season, and he knows it will be a process to get the program back to its glory days.

“This is not so much a starting from scratch project, because there is a deep tradition of winning here,” said Gonzalez. “The coaches that have come before me have set the foundation and standard for winning, and it is up to us to uphold that standard. We are young right now, but we have a lot of good ballplayers that have a chance to develop into the next great players from this school.” 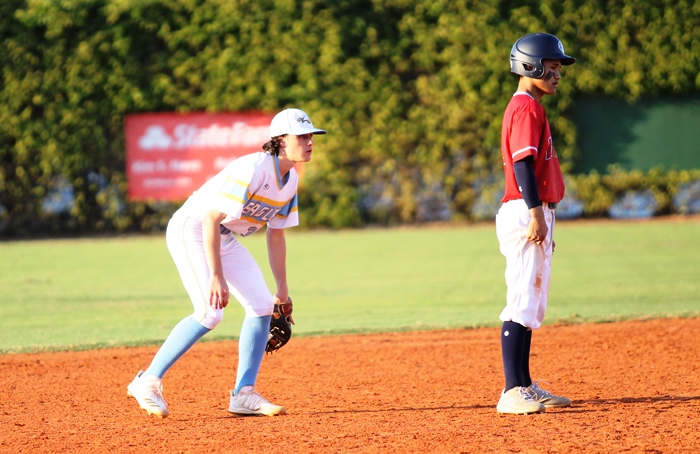 The game was much closer than the 7-1 score suggests. For the first four innings, the two starting pitchers dominated. Vinnie Carignan went six innings for the Eagles, allowing only four hits, and one earned run. He struck out seven Lions on the afternoon.

“I was having an issue with my off-speed pitches and keeping the ball down early in the game,” said Carignan. “But I was able to get that worked out, and my defense played well behind me. Anytime you are in a tight game, it keeps you focused on every pitch.”

On the other side, Vinnie Chirafisi was holding down the fort for the Lions. The junior cruised into the fifth, allowing only one earned run, before surrendering a second run.

“Vinnie did a good job today,” said Gonzalez. “He threw strikes, and had we not misplayed a fly ball, he may have come out with a better result. When you are dealing with a young team, the biggest thing to get them to understand is to stay focused on every pitch, because one or two mistakes can cost you a game.”

It was JT Saltavo that started what would be the winning rally in the fifth for St. John Paul. Saltavo, who went 4-for-4 on the day with three runs scored, began the fifth with a single. He eventually scored on a Luke Rivara RBI single.

“I knew I had to get a pitch I could handle, and it was important for us to get the lead that late in the game,” said Rivara, of his lead-taking single.

“That is what we need from the guys in the middle of the order,” said Graffeo. “When we have a chance to score runs, we need them to come through, and Luke did in that spot.” 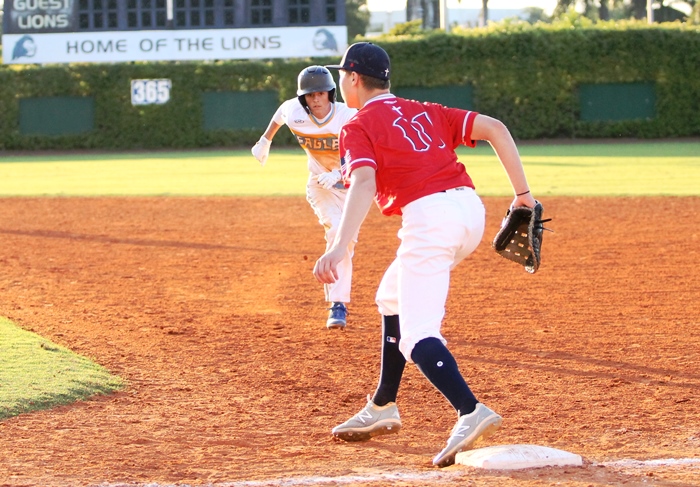 The Eagles tacked on three more runs in the sixth, and two in the seventh, pulling away from the Lions.

The win sets up a match up Friday with Brito, where the winner will head to the tournament semifinals. Even with a loss, the eagles have a shot at qualifying for the semifinals, but they are focused on making sure they take care of their own business.

“We have an opportunity to come out and play another game tomorrow, and we will treat that like we do every other game,” said Graffeo. “The stakes may be higher, but we still want to play our best no matter what the stakes. So from that standpoint, it becomes just another game for us.”