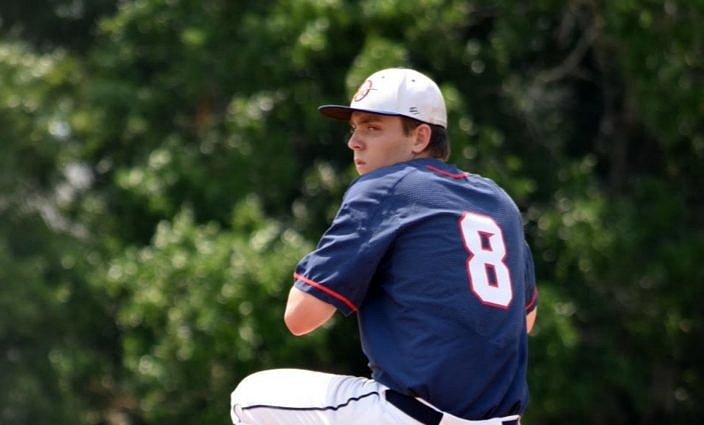 The next pages in this history book are still blank. For the first time in school history, the Oxbridge Academy Thunderwolves will be playing for a regional championship. Behind the strength of a complete-game shutout from Juan Salinas-Bentley, Oxbridge won a 5-0 victory over the Cardinal Mooney Cougars on Wednesday to advance to Saturday’s 4A Region 3 championship. The Thunderwolves (14-10) will take on a familiar foe in district rival American Heritage-Delray, after the Stallions (27-2) also advanced to the title game with a 3-0 victory over Bishop Verot on Tuesday.

It is already a historic season for Oxbridge, as the club posted many firsts as it continues to write new history this year. The team reached the district title game for the first time, which also earned its first regional berth. Wednesday’s victory is not only the Thunderwolves’ first regional win, but it also sets a new team record for victories to surpass the 13 wins the club had in the 2015 season. Now they can top it all off with a regional title and their first trip to the state Final Four, held this year at Hammonds Stadium in Fort Myers.

None of that history was possible if Oxbridge had not first taken care of business against the Cougars (19-8). Juan Salinas-Bentley proved more than prepared to do his part from the bump, scattering five hits and a walk over his seven scoreless frames. The right-hander struck out two and needed just 81 pitches to go the distance to improve to 7-2 on the year. 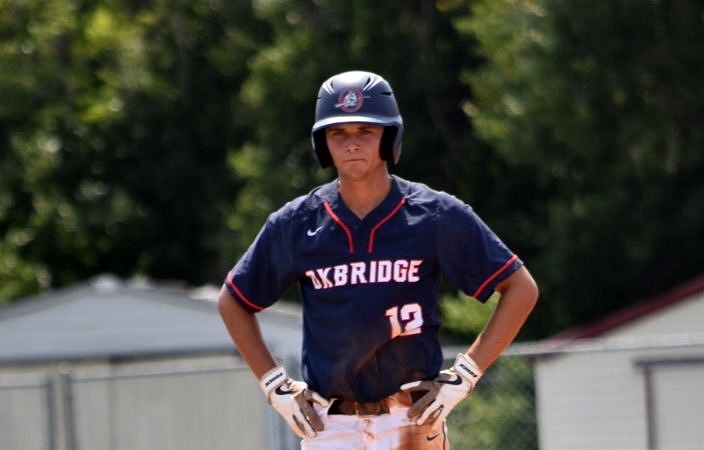 Drew Beno had a 2-RBI double that broke the game open for the Thunderwolves. *Photo courtesy of Tammy Salinas-Bentley.

Oxbridge took immediate control and scored the only run it ultimately needed with its first swings in the top of the first inning. Junior Jake Mills lined a double to center with one out, and a stolen base had him ninety feet from the plate. Drew Beno then collected his first RBI of the day with a grounder to the right side that drove Mills home for the 1-0 lead.

Salinas-Bentley made that slim margin hold up long enough for his offense to provide a bit more breathing room in the fifth. Taylor Herman got things going with two outs by lining a base hit to center, and the Wolves quickly loaded the bases as Jack Savery followed with a single and Mills was hit by a pitch. Beno came through again, this time with a double to center that drove in a pair. Sophomore Blake Tipmore then added another run with an RBI single past third base.

The Thunderwolves tacked on one more run in the seventh. Herman and Savery had back-to-back singles for the second time in the contest, and Mills drove an RBI single past the shortstop to plate Herman with the final run of the day.