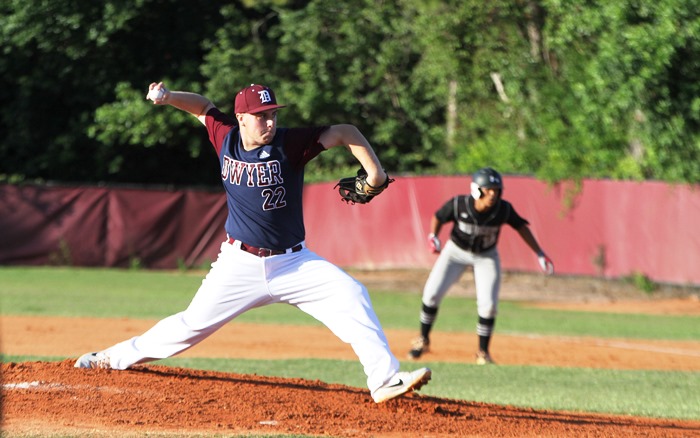 There is a pattern that has been followed in recent years of Palm Beach teams getting hot late in the season, and then riding that momentum through the playoffs and to a state title. This season, one of the teams that appears ready to make such a run is the Dwyer Panthers.

The Panthers came from behind Monday night, battling back from 2-0 and 5-3 deficits, to defeat Royal Palm Beach 8-5. It was Dwyer’s sixth win in their last seven games, and Manager Alex Morales knew the Wildcats would be a formidable opponent despite their 5-14 record.

“We knew despite their record that Royal Palm Beach was a very tough opponent,” said Morales. “Their starting pitcher was fantastic tonight, and I just kept telling the boys we need to keep grinding to the end and find a way.”

That starting pitcher was Christian Adams. The junior went four innings, not allowing an earned run, while striking out 10 Panthers.

Offensively, early on, the Wildcats looked ready for an upset bid. In the first inning, Luis Delgado and Soloman Masters hit consecutive one-out singles. Delgado then scored on a Quinten Romo single. Royal Palm extended the lead to 2-0 when Masters scored on an outfield error later in the inning.

In the bottom half of the inning, the Panthers tied the score when Jacoby Long, who had singled, and Phillipe Roy, who walked, came in to score on an error.

Dwyer took a brief lead in the third, but in the fourth and fifth, the Wildcats added three more runs. Two hit batters brought in two runs in the fourth, and another error allowed the Wildcats fifth run to score in the fifth. 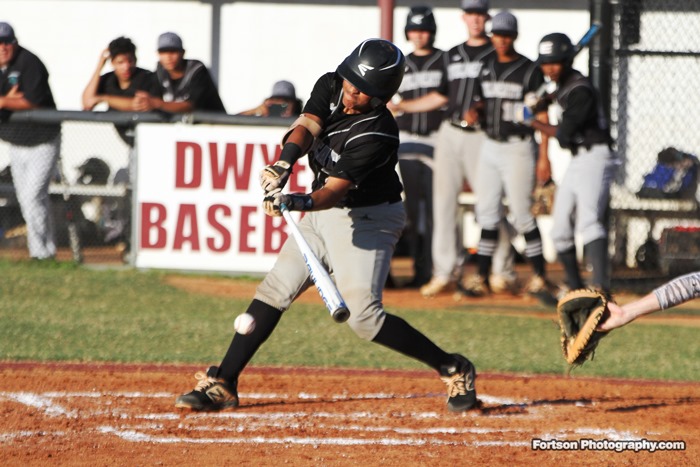 The bottom of the fifth proved to be the turning point in the game, with the Panthers putting three on the board. Then, in the sixth, they tacked on two insurance runs, and turned it over to Jacoby Long, who shut down the Wildcats in the seventh to pick up the save.

It was a team effort on the mound for Dwyer, who used four pitchers on the night. None of the four were dominant, but all did their part to contribute to the victory.

“The four pitchers we used tonight kept us in the game until we were able to get to their relief pitchers and pull out the win,” said Morales.

Long and Roy led the way offensively for the Panthers, each collecting two hits, and scoring five of the teams eight runs.

The win improves the Panthers record to 13-7. Dwyer has one district game left against Boynton Beach, and currently they sit in the second spot behind West Boca in the district standings. Win or lose against Boynton, the Panthers will be the two-seed in the playoffs, and will face off with Olympic Heights, who they have split the season series with.

Royal Palm will try to break an 11-game losing streak when they travel to face King’s Academy on Friday.