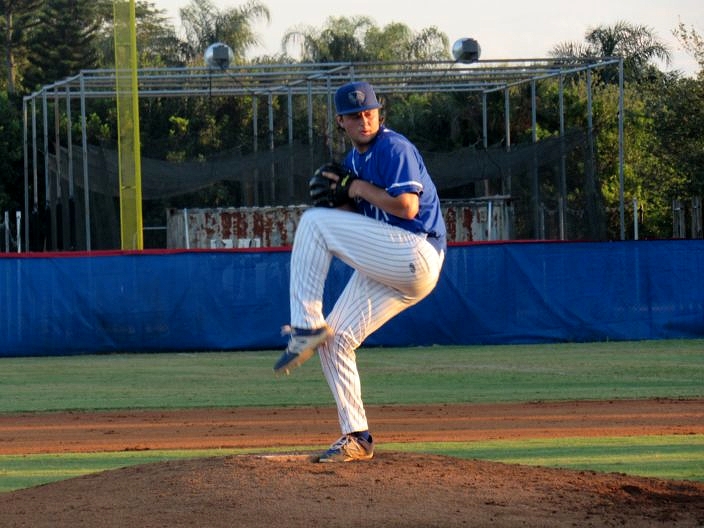 Forest Hill battled the whole night and pull off an impresive 7-2 comeback win over Wellington Thursday night. Down a run for most of the game, pitching and defense proved to be the difference maker in the end for the Falcons.

Wellington started the night quick with Tyler Bolleter’s lead-off single to center. Aidan Burr laid a sacrifice bunt moving Bolleter into scoring position. Tyler Retzler singled to left field bringing in the games’ first and only run until the sixth.

Wellington starter Ethan Kramer kept the Falcons off balance throughout the night going 6.1 only allowing four hits while striking out seven. After being taken out, the Falcons late surge was to much for the relief.

“We just played some silly baseball at the end of the night.” said Wellington Manager Scott Riddle. “We’ll just keep playing and flush this game away and make some adjustments at practice.”

Forest Hill was backed by a strong outing from Sammy Lehmkul who threw a complete game allowing seven hits only giving up two runs on the night, Lehmkul showed great confidence by throwing strikes and trusting the defense.

“I’m always worried about throwing strikes and giving my team the best chance to win. Tonight I was able to do that” said Lehmkul.

The Falcons fought hard the whole night and had many opportunities but fell short. Scoring all their runs in the final inning the offense began to produce.

Steve Rivera started the rally with a one out single to center. Kevin Crespo drew a four pitch walk, while Leonel Garcia hit a hard groundball to the shortstop causing an error and loading the bases. 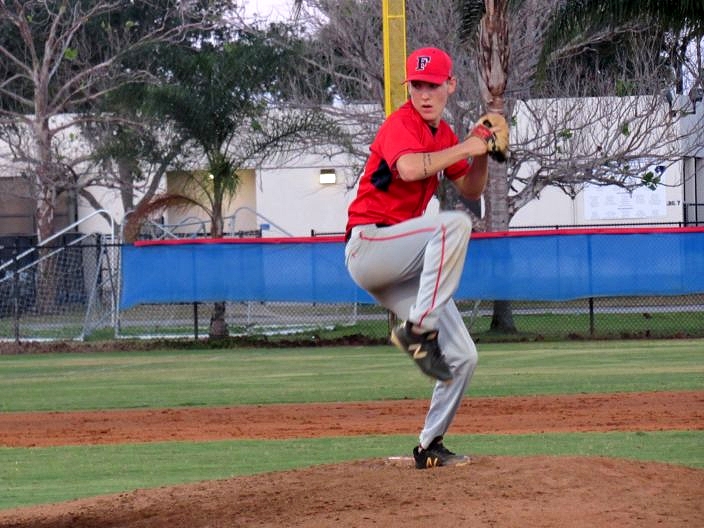 Just when things were looking good for the Falcons newly entered pitcher Chandler Marsh for Wellington picked off the lead runner at third putting the Wolverines one out away from a win. Marsh walked the first batter he faced to load the bases back up.

Kobe Griffin drove in the first run for the Falcons with an infield single, Kyle Hendrick singled to center tying the game at 2-2 and putting the Wolverines up against the wall.

With Nick Fusco at the plate, a passed ball gave Forest Hill its first lead of the night. Fusco hit a hard ground ball up the middle and reached on error bringing in two runs making it a 5-2 lead late in the seventh.

“Whatever I can do to help the team and put the ball in play.” Fusco said about his last inning at-bat.

Pablo Ruiz tripled after the bases had been cleared and would eventually score on a passed ball to score the final run making it 7-2 for the Falcons.

“We got a gut check coming off a tough loss and made changes at practice, we put it behind us and played our game tonight inning by inning.” said Forest Hill Manager Russ Milliken. “It was an all around team effort and a good win to build from.”

Wellington will look to bounce back and get back to their winning ways against West Boca Monday night.