Fact Or Fiction: Wellington Hot, Santaluces Surprises, 9A-9 Down 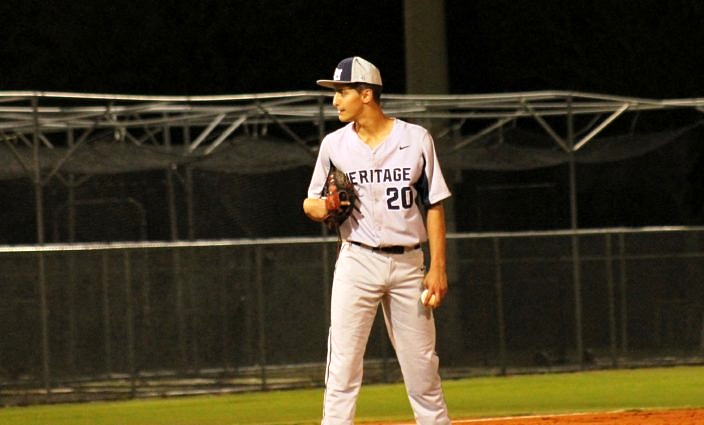 Will American Heritage-Delray earn the top seed in 4A-6 this season?

This is the inaugural of our new HSBN feature, Fact or Fiction. In this feature, we will tackle some of the pressing questions in Palm Beach with HSBN Co-Founder Anthony Uttariello and Editor-in-Chief Rick Duteau. Enjoy!

1. Spanish River is a bigger surprise this season than Santaluces.

Anthony: Fiction. Spanish River’s start is admirable, and came out of nowhere, but it is not as big a surprise to me as Santaluces. While the Sharks have navigated their season schedule well, they do not have the impressive wins that the Chiefs have put up. Santaluces has already beaten American Heritage, Jupiter, Seminole Ridge, and Boca in the season’s first three weeks. I don’t think anyone saw that coming. A win over district rival Park Vista this week would announce Santaluces as a serious 9A contender.

Rick: Fiction. Spanish River has a veteran team that is taking care of business, but Santaluces is the bigger surprise. The Chiefs are notorious for getting off to a slow start, as their five wins this February are one more than the total numbers of February games they have won in the previous three seasons combined. Even more impressive is how Santaluces is winning, with a great team commitment that has truly been the sum of its parts. Everyone is contributing on this small roster of fourteen players, and the Chiefs only loss came in the SLAM championship when their lack of pitching depth caught up to them.

Anthony: Fact. This answer has more to do with district rival Highlands Christian than it does the Warriors. Trinity Christian has steadied the ship after two early losses, and until someone beats them, they will again be the team to beat come playoff time. Highlands, however, has the pitching to beat Trinity in a one and done, putting the Warriors run in jeopardy.

Rick: Fiction. The Warriors have not looked quite like themselves this year, but it is too early to cancel the victory parade in June. Trinity has struggled defensively but has the offense and pitching to make up for it. The past five straight years the Class 2A state champion has come from this region, and so far the Warriors have been in control when taking on their 2A peers.

3. A team will earn the top seed in 4A-6 with two district losses or more.

Anthony: Fact. This is a tough one. Every team in the district has a loss except American Heritage. However, four teams have only one loss. If one of the four one-loss teams can bring Heritage back to the pack, I could see a two loss team earning the top seed. But that is a big if, as Heritage has the arms to continue their run at the top.

Rick: Fiction. American Heritage-Delray has a long history of dominance in the district, and so far this year that trend has continued. Two seasons ago the Stallions took their first district losses in years, but last season they bounced back with an 11-1 mark in 4A-6 play. I do think most any of these teams can make a run at the district title, but that route is likely going to happen with the Stallions going in as the number seed with less then two district losses.

4. 9A-9 will return to being the most competitive district in Palm Beach this season.

Anthony: Fiction. The key word here is this season. 9A-9 has become one of the toughest districts in the state since reclassification a few years ago, but this year is different. Palm Beach Gardens has started strong, and Jupiter is again one of the teams to beat, but the other two teams in the district have struggled early, combining to go winless through three weeks. The district has too many strong teams to stay down for long, but in 2018, there will be more compelling district races in Palm Beach.

Rick: Fiction. At least for this season, 4A-6 continues to provide the most intrigue. 9A-9 has lost some of the drama as old rivalries were split up. Not too long ago rivals like Palm Beach Central and Wellington were in this district together, and Dwyer was also in the mix with Jupiter and Palm Beach Gardens. The only old rivalry left in 9A-9 is between Jupiter and Gardens, and Jupiter has won five straight in that series over the past three years to take some of the excitement out of that meeting. It would be great to see this district rise to that level of competition again, but it is not there just yet.

5. Wellington, currently 6-0, will run their perfect record to 9-0 this week.

Anthony: Fact. This one was tough due to the Wolvernies facing a team I am unfamiliar with in Woodward, Georgia, but I am going on gut feel here that they will survive that game. During the Wellington 7-0 start, they have now thrown five shutouts in a row. That type of mound dominance gives me confidence that Wellington can continue their perfect run this week.

Rick: Fiction. The Wolverines have not given up a run in five March games, but play three straight games this week. That is going to be tough to keep the bats hot for three straight days, but since they do not allow any runs we could see a 0-0 tie one of those nights. So I think they will go 2-0-1 this week and be 8-0-1 at week’s end.