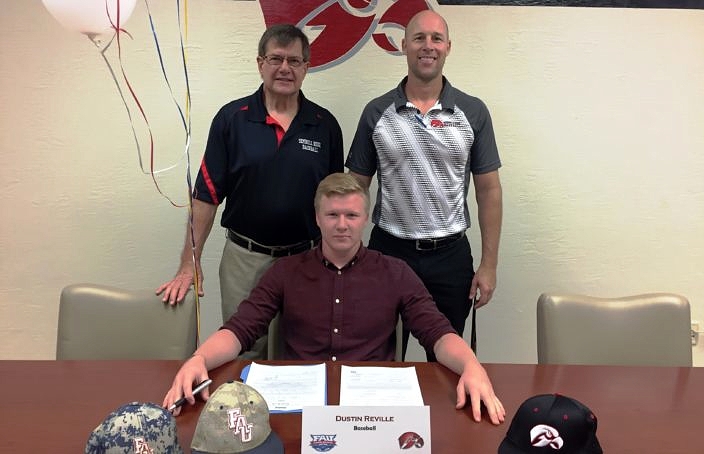 Dustin Reville became the school’s first Division I player to sign early when he inked with Florida Atlantic University on Wednesday morning.

Lifelong dreams have been finally realized this week as student-athletes across the nation signed their commitment to their colleges of choice, as part of the National Early Signing Period. Here in Florida, dozens of baseball players across the state seized their moment to sign their commitment in special ceremonies with families, friends and supporters. The signing process can be challenging and arduous, but this week marks that moment when signees finally cross the finish line and finalize their dream of attending college and competing in college athletics.

Wednesday was an historic day at Seminole Ridge, as Dustin Reville became the first Division I signee when he signed with Florida Atlantic University. The power-hitting, four-year varsity outfielder led the team in RBIs, doubles and home runs last year while slugging .449, and he also had a 1.00 ERA in limited action on the mound.

“It’s a big achievement for Dustin,” Seminole Ridge manager Trent Pendergast said. “He worked hard for his opportunity. It’s also a nice moment for our program. We’ve had three kids to play JUCO and then Division I, but he’s the first straight out of high school. Hopefully that will be a spring-board for our program.” 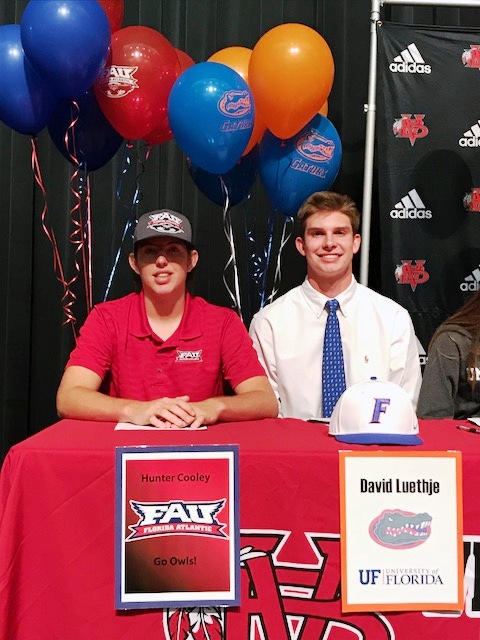