Dwyer One Win Away From Reaching State Final Four 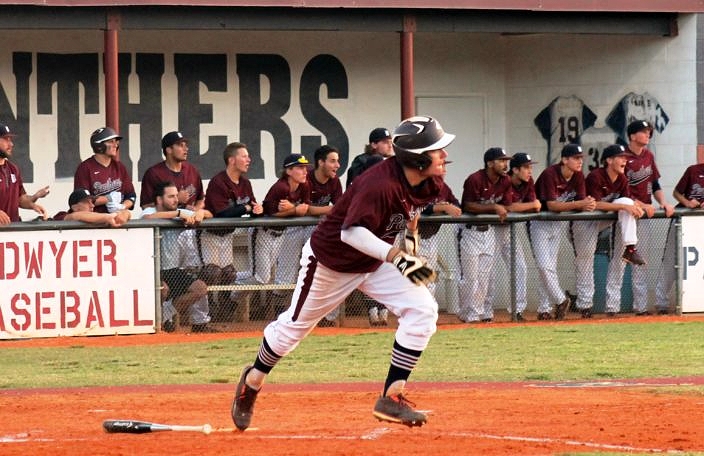 Five runs in the second inning proved to be the difference in sending the Panthers back to the 7A regional championship.

For the past several years the Dwyer Panthers have been knocking on the door attempting to break through and reach the state Final Four tournament. Tuesday evening that banging got as loud as ever, as Dwyer prevailed with a 5-3 win over Jensen Beach to return to the regional finals for the second straight year and third time in the past four seasons.

The Panthers (24-5) will get a rematch with Belen Jesuit, the team that won a narrow victory in last season’s regional final. The Wolverines (21-6-1) won to advance with a 4-1 upset over Doral Academy on Tuesday in the other half of the 7A Region 4 playoff bracket.

A five-run second inning erased a small deficit and gave Dwyer all the runs it needed in support of ace starter Shane Roberts, who earned the victory by working into the sixth inning. Kyle Khachadourian got the rally going with a lead-off single, and then evened things up after Jack Iervolino walked and Max Howard supplied an RBI single. Michael Siriani and Myles Colangelo both worked walks that gave them the lead, and Danny Lynch delivered the back-breaker with a bases-clearing double that drove in three runs for a 5-1 advantage.

Roberts keep things in control from there, before running into trouble in the sixth to turn things over to the bullpen. After surrendering a solo home run to Falcons starter Jacob Winger leading off the top of the second, Roberts allowed only three hits in all. He struck out 11 while allowing only one walk, a free pass to Zach Miller that was followed by a two-RBI triple from Ryan Rivera. Robert Piekarski also scored on the hit, after reaching with a base hit to left field to begin the sixth. 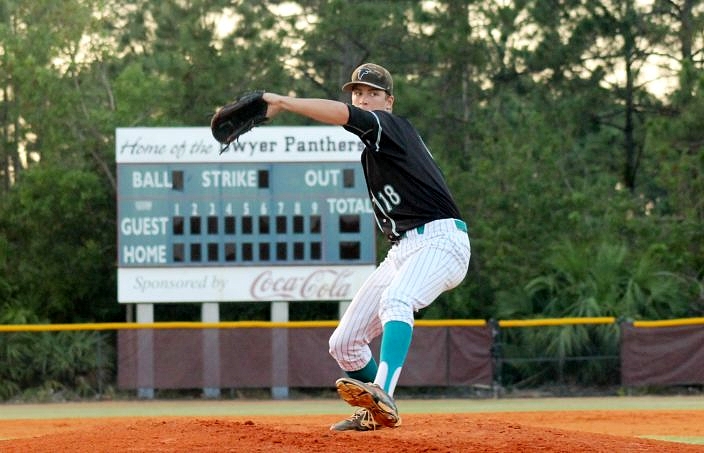 Jensen Beach’s Jacob Winger made the start and also added a solo home run for the Falcons.

After recording a swinging strikeout to pick up the second out of the sixth, Roberts gave way to Dylan Arcadipane to earn the same result for the third out that quelled the rally threat. Senior Justin Alintoff then came on to record the final three outs in the seventh, setting the Falcons down in order on a strikeout and two come-backers to the mound.

Now the Panthers again find themselves on the verge of reaching the state tournament for the first time in program history. In their way stands the team that earned that honor last year, and the same ones that kept Dwyer from its turn with destiny. A home victory next Tuesday could erase those painful memories.

Dwyer holds a 15-2 record at home this season, although many of those victories came at an alternate home venue after the field underwent repairs due to tornado damage it inflicted last fall.