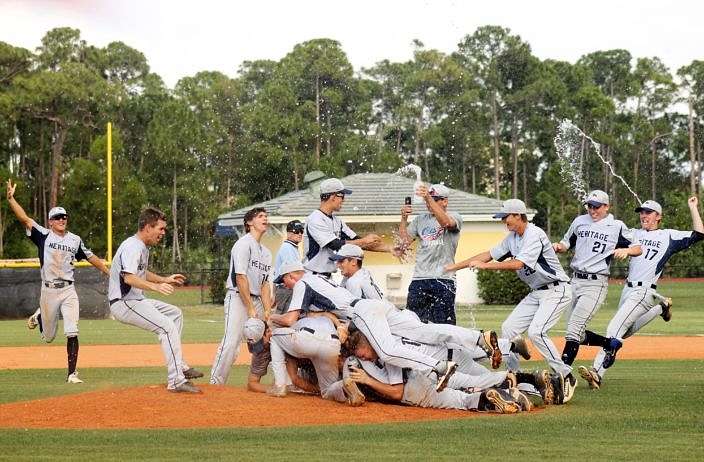 The Stallions celebrate their berth into the state tournament.

Tuesday could not have gone much better than planned for American Heritage-Delray. The Stallions proved true road warriors with a well-balanced but relentless attack, racing away to a 12-0 victory over the host Benjamin Buccaneers in a 4A regional championship.

American Heritage-Delray advances to next week’s state tournament in Fort Myers, in a 4A state semfiinal against the Clearwater Calvary Christian Warriors. The Warriors (28-0) advanced with a 3-2 win over The First Academy on their side of the 4A bracket.

For now, the Stallions (22-7) can enjoy the moments that led them to victory on Tuesday. Freshman left-hander Nelson Berkwich tossed a complete-game shutout, nearly every starter reached base and the defense did not commit an error.

“It was pretty close to perfect,” Stallions manager Carm Mazza admitted. “We told the guys that they did pretty much everything that we asked them to do. We played great defense, we pitched well, we didn’t miss anything with signs in at-bats and we swung it. We have been working our tails off and these kids have been working real hard. They put up a rough offensive season and have been working hard and today it showed against a great arm and a great team.”

It was a family feeling for Coach Mazza and the Stallions at Jacobs Field, as many fans came out in support to pack the ball park. Over a dozen former players and other alumni also showed up in support.

“It’s awesome and it is what we try to create,” Mazza said. “This is just a great group of kids. It is just young arms and the exuberant seniors are just excited and it is just a great feeling. They play for each other and they have worked to get here today.”

Berkwich proved very tough to hit, with a deceptive release and a ball that lived low in the zone. The southpaw scattered four hits over the five innings of play, striking out four without surrendering any walks. With a deep and proven arsenal of arms at its disposal, the Stallions trusted that Berkowich could provide a new look that was tough to figure out. 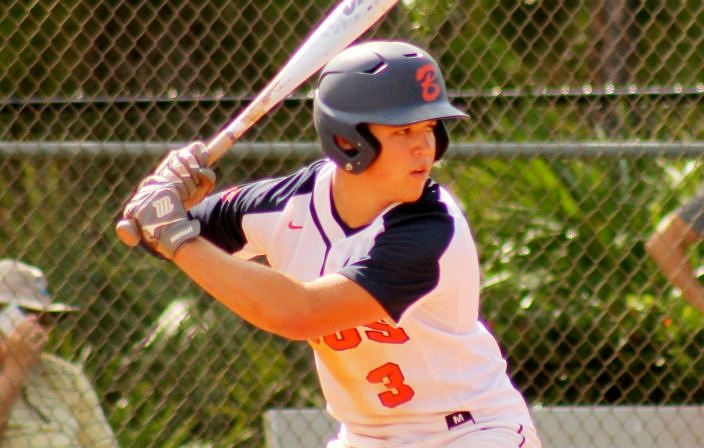 “I’m really glad that they had the faith in me to put me out there in this game and trust in me to keep it going with me after the last game,” Berkowich said. “I think we’re going to do pretty good with the next games going on.”

The Stallions wasted no time in staking their young hurler with a lead, scoring three runs with their first swings. Troy Hamilton walked and later scored on an error, Carmine Lane singled past third base and Nathan Zuckerman reached on a fielder’s choice to get it started. Jason Fox then supplied the first big dagger with a single to center field that drove in both base runners.

“They got me the one run and I was really happy, and then Fox got me the single and we scored three runs and I knew this was going really good,” Berkowich said. “It didn’t really change my approach that much because I know Benjamin is a good team and the first few batters are all going to the SEC, so I knew they were going to fight. To the last inning they fought, so there was no real change to my approach.”

The Bucs battled to the final swings, threatening in the last inning when Jack Keiser and Nick Taplett both singled to put runners on the corners in the bottom of the fifth. Berkowich responded with two straight strikeouts that finished things off.

Benjamin only threatened one other frame, as it loaded the bases in the bottom of the second inning. Aaron Steinhart and Keiser both singled, and Jack McCluskey reached on a fielder’s choice, but all three were stranded when Berkowich induced a swinging strikeout to end the inning. 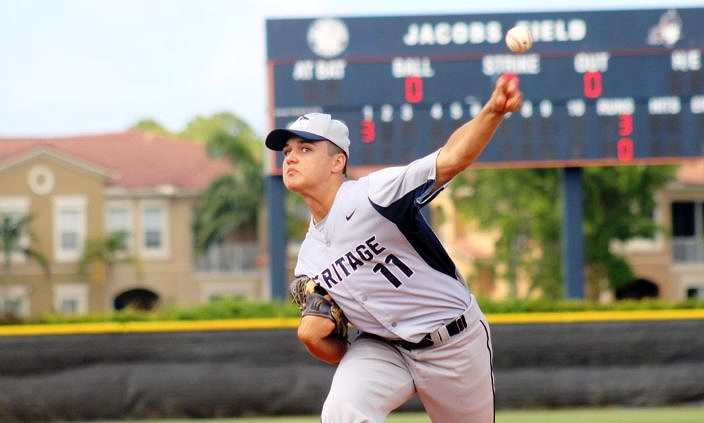 Nelson Berkowich tossed a complete-game shutout for the Stallions.

Tthe Stallions added two runs in the third inning. Michael Malinchak collected the first of his two hits on the day and Jacob Lojewski walked, and Bailey Uderitz drove in both runners with a two-RBI single.

Heritage-Delray pulled away to victory by sending 12 batters to the plate and scoring seven runs in the top of the fifth. Hamilton, Lane and Lojewski all had RBI singles during the big inning that surpassed the mercy rule threshold.

The coaches trusted Berkowich to close it out despite allowing two base runners in the fifth. Once he did, the young ace was tackled to the ground by his catcher as all of his teammates dogpiled on top of them to celebrate.

“I had the whole team on top of me, but it’s not a bad thing,” Berkowich said.