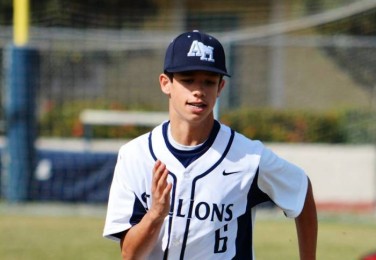 The district chase should be very intense in 4A-7.

State realignment has brought together a district that is as deep and challenging as any. The seven programs combined here represent some of the toughest small-school programs in Palm Beach County, with no clear and easy favorite standing above the rest. There may be little difference between the top and bottom seed once the district tournament begins, with each team knowing they can beat the rest of them while also knowing any of those teams can beat them too.

“It’s definitely a challenge and we’re looking at it as a battle uphill,” said American Heritage-Delray manager Carm Mazza. “You have Benjamin coming in with a strong team with plus arms, King’s Academy gets better and better every year, Oxbridge is new to us and we have heard good things about them. So it should be an uphill battle.”

The realignment also allows for an old rivalry to be renewed in district play, as longtime rivals Benjamin and King’s Academy return to the same district for the first time in a few years. These two teams would play barefoot in a parking lot if they had to and it is a rivalry as fun and compelling as any in Palm Beach County. Even though they have continued to play each other every year regardless, there is added enthusiasm now that the games will have a larger meaning again.

“We expect nothing less, and we’re going go out and play our game when it is crunch time and we’ll be ready,” said King’s Academy senior Sean Hart.

For the Stallions, it is where you end up and not where you start. A season ago the team won the district for the first time in three years and had a nice playoff run that ended with a tough, close loss in the regional semifinals. So while things did not end where the team wanted them to, the club has good positives to build off moving on into this new year.

“When I first got called up as a sophomore we lost in the opening round of districts and that was tough for everybody,” said senior Justin Barney. “We took it hard. So a year later that was our goal was to win districts and move on. It felt good to do it, especially winning against Cardinal Newman after seeing Pope lose to them and us beating Kings to get there.”

With nearly half the players back it is a good mix of older and younger guys on the roster this season. The guys in the middle are juniors, the most of whom are the quieter guys on the squad. There is some nice senior leadership at the top, and the rest of the players are young and new faces to varsity baseball.

“We have some eighth and ninth-graders that we’re expecting big things out of,” Mazza said. “As long as we grow together as a team they will grow together on the field. How we start is not how we will finish and we’re going to get better and better everyday and every week.”

For the past few years pitching has been the strong suit of the team. Even after graduating many players from that position the Stallions bring back another stable of dangerous and capable hurlers. The pitching and defense will be integral to the team’s success this season.

Manager Wes Logsdon gets his first stint as a head guy at the high school coaching level. He takes over a program that has been on a steady rise the past few years, including a nice playoff run in 2015. There is a new standard for Buccaneers Baseball and he is happy to be able to pick up the torch and guide them on.

“I know the boys from school and we should be pretty good. I am very excited,” Logsdon said. “I’ve known the guys for quite some time, but being on the field with them is quite different. It is still early and we’re just trying to get as much work in everyday. I want for them to continue to come together as a team. We have a bunch of guys that all know each other and are really good friends, but hanging together off the field is a bit different than being together on the field. We’re trying to build that camaraderie with each other. If we do that we’re going to be OK.”

Although the Buca have been an offensive monster the past few seasons, the growth and development of the pitching staff makes it the strong suit of this year’s group. The team is relying on the pitchers throwing strikes and the defense making plays if they are to be successful.

“We have such a strong pitching staff with me and Kris Armstrong and a lot of the younger guys that we have coming up,” said senior veteran Matt Ellmyer, who will likely factor into the front of the rotation. “It’s not even that much pressure on me, because I know every other guy we have out is going to be there and will do well. It is exciting and will be fun and we look forward to it.”

Pudge Pascal takes over as the new manager of the program this year. The timing should benefit for that adjustment as he gets his system in place, as many of the players on the roster are also new faces. The club graduated 10 seniors and only returns three seniors and five juniors, so most of the players will be figuring out varsity baseball under one system and one approach. It is a school with a rich sports history and tradition and that foundation is set upon a standard of hard work and fundamental play.

“I told the guys in the fall that this is personal,” Pascal said. “I am an alumni and we had some good clubs when I was there, but we were never able to get to that state final and make it happen. So as far as turning the program into something, those other teams need to know that when they show up to the field we are going to bring our A game and compete. That means everything to us and it is personal to everybody on this squad. It is about that battle to go out and find out who is better on that day.”

The style of play will be aggressive. Pascal wants his guys to fly around at 90 miles per hour at all times in all things, and even if a guy hits a hard liner right back to the pitcher he is expected to sprint to first base trying to beat the play out. It is an approach that is in line with the way the team has been playing in recent years and the guys embrace that sort of an approach,.

“I love it and I feel like it is the type of baseball you should play,” said junior Joe Yupp. “We should be going hard every out of every game. Even if we have to play extras you have to put the full effort in each inning and each pitch.”

There is a fresh new look for just about everything at Saint John Paul II this year. The school recently adopted a new name and new school colors, which led to fresh and impressive new uniforms to be worn by a group in which many of them are putting on varsity jerseys for the first time anyway.

“We have some newer and younger guys coming in, but our seniors are solid ball players and quality leaders,” said manager Pete Graffeo. “We also have a couple of good leaders in our two juniors and they all help to set the tone for us. Hopefully we’re going to surprise some people and go out and play some good baseball.”

After graduating 12 guys out of the program there is very little starting experience left. Even many of the older guys will be playing every day for the first time. Junior Cal Bocchino represents the lone returning regular from a season ago, and the club will rely heavily on his many years of experience to help set the tone for the group.

As with any sports team, chemistry is a vital ingredient to make everything work. The Eagles’ players have always taken it upon themselves to cultivate that chemistry and build friendships with their teammates.

“Our team chem is real important to us,” said senior Frankie Mendez. “We have our own team chat that we use with each other, we have jokes and we go out and hang out together. We fish together and we just plan to hang out and keep our team chem up. It’s real important to us because then we get to know each other off the baseball field as well as on the field. That way we know where we are coming from all the time.”

Manager Brad Wilkerson returns for his second season at the helm. The Lions are heading into an exciting season now that everyone is healthy and the roster has its full compliment of players. The offense has improved, which helps to take some pressure off of a pitching staff that is not as deep as in recent seasons. The club is also playing home games at night now, after recently getting lights installed at the field. So there is a lot of buzz and excitement for the year ahead.

“It is going well and I am looking forward to this season,” Wilkerson said. “We’re looking forward to the challenge the guys have ahead of them. We are talented but we also have some inexperience. We have some younger guys that might normally be on the JV squad at another program, but we have to bring them up this year because of our depth issue. So they are going to get their feet wet pretty quick and we’ll see what they have got.”

The veterans are excited about the reality that they will see plenty of playing time. The team has six seniors on the roster and many of them have been contributing regularly for a long time. They can relate to what these new young players will go through as they get their first varsity action.

“I was pretty scared then, I am not going to lie,” said senior James Vaughan, when relating back to what it was like for him to be a starter back when he was a freshman. “It’s a challenge, but it really isn’t. So it is good that guys like me and Sean Hart have been there, and we are helping them along. We are giving them tips and everything will come together. We’ll have a lot of fun.”