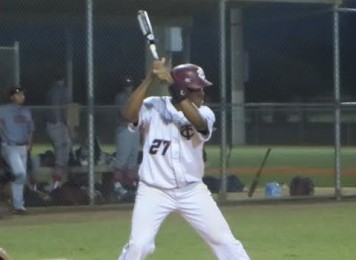 Overview – This district provides a true challenge to earn a spot in the championship game. Every meeting mattered throughout the year, as all seven clubs compete in the playoff bracket. The top seed has earned the first-round bye, while the remaining six clubs all slug it out to win and advance.

The excitement began even before the tournament gets under way. On the final day of district play Highlands held off Trinity Christian in a game that was completed from earlier in the season. With the Knights ahead by a run and the Warriors having the tying run on third base, Highlands got the final two outs to secure the win.

This forced a three-way tie for second place in the district, with three teams who all beat one another in the season. Since Highlands beat the highest seed in its win over Trinity, the Knights earned the second seed. Westminster defeated Jupiter Christian this year, thus slating the Lions as the three seed to face Coral Springs Christian, while pitting the Eagles against Oxbridge Academy.

Last season brought some exciting upsets and some very tight and competitive results. With a group that is even tighter together this year, things could be even more interesting heading down to the final two. Winning the district crown in this bracket means having to win as many as three games.

1. Trinity Christian – Earning the top seed was a big accomplishments for the Warriors, who have secured the easiest route to the district championship. Trinity will be well-rested and have its pitching all set in line for the semifinal meeting with either Oxbridge Academy or Jupiter Christian.

The Warriors returned to district play last year, but lost in the semifinals to Westminster Academy. Now the program has a chance to get back into the regional playoffs for the first time since 2010. The strong starting pitching the team has gives Manager Miguel Cuello the most confidence he could have going into the tournament.

Brandon McCabe, Angel Tiburcio and Aldrich de Jongh all have top-level stuff. The Warriors are confident this trio can pitch them through the tournament bracket.

The Warriors offense has been led by veteran leadoff hitter Bruce Martin, a force at the plate and on the bases. Edmond Americaan and Jowenrick Daantji have also emerged as huge offensive threats, while Xavier Edwards and Shadrach Meulens have also been key contributors.

2. Highlands Christian – Two huge outs changed the entire playoff structure, and most favorably for the Knights. By locking down the final two outs even despite the tying runner being on third base, Highlands put itself in an excellent position to get back to the district championship. This would be a great accomplishment to top off a huge turnaround the team made this season.

Swindley Lint has been a huge sparkplug in the middle infield for Highlands. The versatile speedster has brought energy and enthusiasm to the team, while also placing as one of the top hitters in the district.

“He’s a catalyst. When he goes, we go; and he tends to go a lot,” Knights Manager Bruce Charlebois said of Lint. “He just loves the game; he’s passionate about the game as much as anyone I’ve ever coached, and he plays it at a really high level. There are guys around who are looking at him but he doesn’t fall under pressure. He just continues to consistently get after it day in and day out. He also practices like he plays, which makes a huge difference.”

Xeno Daal and Drexler Macaay have also been key contributors to the offense.

Highlands struggled at the beginning of the season, taking some tough losses even despite some solid play. Near midseason the club came together and rallied to change the season around. The club got some big wins over premiere programs, and also played in the championship of the 4Him Spring Break tournament.

During that stretch Highlands also defeated Westminster Academy 6-0. If there are no upsets in the opening round, the two teams would meet again in the semifinals. In that win, Mitchell Carroll led the Knights by pitching a complete-game shutout with 10 strikeouts. Carroll has been the main guy on the mound for his team, and will likely get the call again should the rematch unfold.

Highlands was upset in the opening round of the district playoffs last year. Heading into this season’s bracket, the team is in prime position to keep anything like that from happening again.

3. Westminster Academy – The Lions have the best overall record of any team in the district, and that came against some very tough competition. The club made a nice run in the regional playoffs last season, and has shown plenty of ability to get back there again this time around. Westminster also enjoys some home-field advantage in serving as the district host. 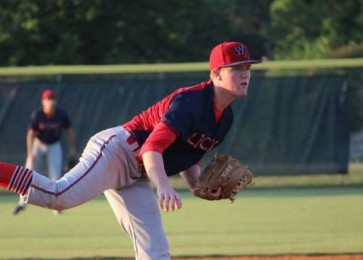 Home field is a key ingredient for Westminster, which posted a 13-2 mark at home this year. The Lions open play against a Crusaders squad that has not fared well in big-game environments. A win here would ensure that it will be a new district champion crowned this season. Westminster has a great chance to win and advance, where it would then take on Highlands Christian for a chance to get back to the district championship.

Pitching has really stepped up to be a force for the Lions. Tommy Haggerty, Davis Fouts and Trace Norkus have all had solid seasons and proven they can fill the big shoes left by the departure of last year’s playoff ace, Weston Clemente. This trio of pitching is more than enough to get the job done in the tournament bracket. Meanwhile, they also have stellar closer Frankie Corridori at the back of the bullpen.

Newcomer Luis Leal has risen to be the top hitter on the team, as well as in the district. Thomas Messer and Corey Acton have supplied a lot of the power and run production for the team. The offensive depth and versatility on the club is impressive.

“Now it’s about being healthy and hopefully playing our best baseball when it matters,” said Lions Manager Nick James.

4. Jupiter Christian – With two big studs at the front of the attack, the Eagles have as god a chance as any to win and advance in the playoffs. Jupiter Christian pulled off the upset last year behind those stars in ace Nik Constantakos and slugger Sean Farmer. These standout juniors have only improved with age, and now a year older they are that much stronger and ready to lead their team.

Constantakos is one of the top pitchers in the district, if not the entire county. He presents a huge challenge for the Thunderwolves in the quarterfinal round, or even an equal challenge for Trinity Christian should the team save their ace and go with number two starter Reed Burke. Constantakos has 12 career victories and exactly 200 career strikeouts, and he has the stuff that can lead a team on a deep playoff run.

“When Nik is on the mound we always feel like there’s a chance for us,” Eagles Manager Mike Lord said. “The thing I’m happy with from him this year is first pitch strikes, he’s not overthrowing. If you saw him you saw he was smooth and not overtaxing his arm at all. I feel like he’s pitching and not just throwing.”

Constantakos has paced the offense as well, leading the team in hitting. Farmer has been a big part of the production, as has Burke, Jake Capo and Matt Richter. The team has struggled all season to score runs, and will need to manufacture some offense to back the pitching and give itself a chance to win and advance.

5. Oxbridge Academy – The Thunderwolves are slowly making strides as a program. The club put in a winning season this year, and played much tighter in district play. Oxbridge is still in its second year of district play, and looks to win its first district game in team history.

Victory will be no small task against a tough Jupiter Christian squad. But Oxbridge certainly has enough offense to carry it to victory against anyone. Tarik Latchmansingh has been one of the top hitters in the county this year, as well as hitting for a lot of power, while seniors David Carnicella and Tyler Levin have also been tough outs this year. 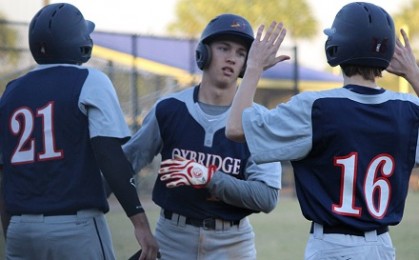 “It all starts with pitching,” Oxbridge Manager Juan Bustabad admitted during the season.

Fortunately, the team is very strong in this department. Justin Rivero and Zach Chivers have both emerged as top starters for the squad, and both posted an ERA around 1.30 for the season. Levin and youngster Teddy Benda give the team some depth out of the bullpen, where the guys have been tested in some big moments during the year.

Oxbridge is still writing its own history as it goes, and this year presents another chance to make that first big step as a program. The club competes in a tough district and has a challenging task at hand. But it is a hard-nosed group that wants to earn what it gets.

6. Coral Springs Christian – It has been a tough turnaround this year for the reigning regional champions. After graduation and transfer gutted the entire roster, the Crusaders have begun the rebuilding process. The club had a rough start to the year, before rebounding to play its best baseball in the second half of the season.

This group will only graduate one player from its roster, so the experience this year will be helpful. But at the moment this young squad has struggled in district play.

It is a talented bunch, but they are young and inexperienced in such an environment. The entire team will be playing in districts for the first time, and it will be a tough challenge to try and pull off an upset victory.

The Crusaders have a strong starter to lean on in Jordan Sabates, who could have enough in the tank to pull out a win. Coral Springs Christian will need the offense to deliver some big hits for that to happen, and the guys now have their chance to show how far they have come together this season.

7. Lake Worth Christian – Defenders Manager Kraig Lawrence did not spend much time worrying over who the team would eventually end up facing. The team has continued to focus on itself, on getting better and giving itself a chance to pull off some big upsets from the lowest seed.

“We will have to surprise some people, no matter who we play,” Lawrence said. “It’s either our last day, or else we can pull off the upset and win and we get to go to practice tomorrow.”

Like most teams in this district, Lake Worth Christian is strongest on the mound, and it also has an ace it can count on. Orsen Josephina led the district in strikeouts this season and gives his squad every chance it needs to win and advance. The team also has the added depth of Trevor Huffman, who could also be called into action to help keep his team’s season alive. Both hurlers will be well-rested heading into the district playoffs.

The Defenders have some experienced guys in the lineup, such as brothers Shane and Dustin Lee, as well as Jordan Marrs and Anthony Padilla. Josephina and Yazer Braafhart have added some pop to the lineup this season.

The biggest area of concern for the club is on defense, where the club has struggled all year long. The coaches are hoping that all the extra work to improve in this area will pay off at just the right time.