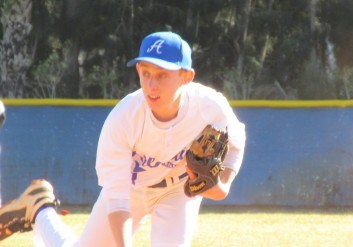 Overview – Glades Day has held court since this district came together before the start of the 2014 season, as the Gators are a perfect 16-0 against the field of teams. They are the top seed and favorite to repeat as district champions, while three unpredictable underdogs step in hoping to end the Gators dominance.

1. Glades Day – Glades Day swept the district in the regular season, and has its strongest team in many years. The Gators are led by a group of senior veterans that have been playing together in the program for several years and could be ready to make some noise in their final campaign. This group includes pitchers Thomas Corzo, Noel Figueroa and Nicholas Hudak, as well as sluggers Jaime Rodriguez, Caleb Fountain and Justin Sager.

2. Community Christian – The Cougars have the benefit of playing at their home field as the district hosts this season. The club swept the regular-season series against the Bulldogs by a combined score of 19-4. However, Berean has much improved since those early-season meetings, and it is tough to beat a team three times in the same season.

3. Berean Christian – The Bulldogs are strong in the right place, which is on the mound. Pitching always gives teams a chance, and Berean has both DJ Lawler and Armani Zalez at its disposal. Both these hurlers could be called into action in the meeting with the Cougars, who have held the advantage of late by winning the last three meetings dating back to last season.

Berean heads into the district tournament with a record just shy of .500 that is right where the team was a year ago. But this a much improved team, regardless of the deceptive record. Berean played a tougher schedule this season, and the club should benefit from the experience in those games. 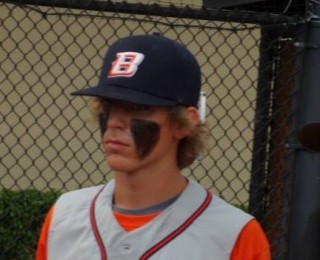 The Bulldogs are battle-tested and ready for the playoffs.

“It’s important to gain some momentum as we get ready for the postseason,” Dave Lawler said, after playing in the 4Him Classic. “We’ve seen some teams that struggled early and they play well at the end. That’s when it matters.”

Berean has plenty of hitting to compliment the pitching. Ralph Perez and Steven Pettet have been driving in runs, with leading-hitter Nate Hamilton also leading the club in runs scored. Zalez and Lawler have also held their own to contribute in the lineup.

Berean has not beaten Community Christian since February 2014, but that is the task at hand to keep the season going.

4. Atlantic Christian Academy – The Saints have a tough path ahead if they hope to repeat last year’s magic. After Atlantic Christian stormed its way to the regional championship, it has brought back almost an entirely new roster this year.

“It’s a brand new team with just two returning players. We’re coaching and teaching the game at the same time,” Saints’ first-year Manager Clemente Orozco said. “Young minds have to go through a lot. It’s a difficult test, but we’re not afraid. There’s still a big chance. The playoffs are like the season never happened, so we’ll see what happens.”

A pair of newcomers have led the way for the club this year. Logan Hollyman has been the big guy on the mound and at the plate, and George Martinez has also provided a dangerous bat in the lineup.

The biggest encouragement the Saints can take into their role as the underdogs of the playoffs is that they played a tough, one-run game against Glades Day the last time they faced them. Turning that experience into a victory this time around gets Atlantic Christian back into the regional playoffs.